Ernie Durawa does the Monsta mash 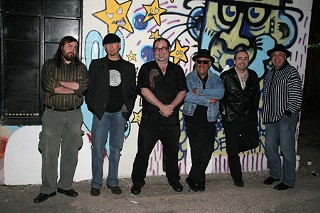 Tucked away in an otherwise nondescript strip mall on Brodie Lane, in far South Austin below William Cannon, in an area no one thinks of as hip, the Evangeline Cafe is jumpin'. Inside, every table is full. Outside, people lounge around, smoking, talking, laughing. It's like this nearly every Friday night, the one day of the week when the restaurant's nightly live music continues late into the evening.

Past the cash register, below a large, official-looking sign that reads, "Evangeline Hwy," a waitress snakes her way through the crowd balancing two platters of softshell-crab po'boys in one hand and an Abita beer in the other. A middle-aged man scratches his 5 o'clock shadow as he looks around for an empty table. The hostess offers him and his party of four a table on the patio, yet it's clear they're here not only to eat but also to see the band. He shakes his head and opts to wait for seating inside.

In the corner formed by red velvet drapes and the front window, Ernie Durawa sits behind his drum kit, Pro-Mark drumsticks in hand. The burly Matt Smith strums his guitar as Brian Mitchell sets the volume on his electric piano. Band members Joe Morales, Rich Stanmyre, and Aaron Lacke are shifting in their places, ready to roll.

With a nod and drum count-off into "Tango," the Monstas scare up their funkified Texas-New York-New Orleans sound, replete with second-line rhythms, boogie-woogie piano, and steel pan drums. Steel pan drums? Yes. That's why they're the Monstas.

A Touch of Ginger

"We started out as the New York Monsters," explains Durawa, the Austin-by-way-of-San-Antonio stickman whose long and impressive résumé from Chicano soul bands of the 1950s ("A Browner Shade of Black," Dec. 28, 2007) to the Grammy-winning Texas Tornados landed him on the cover of the Chronicle in 2003 ("Designated Drummer," May 23, 2003). "But Matt [Smith] and Brian [Mitchell] said it like 'monsta' because they're from New York, and it stuck. Now we're just the Monstas, and all because Ginger said she liked one of our songs."

A palpably painful silence sets in. 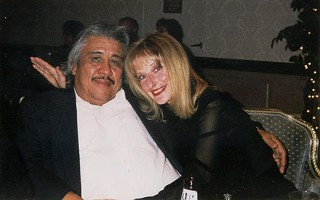 Ginger is Ginger Shults, Ernie's wife and partner of 25 years who died in June 2006. Shults is well-remembered in local circles for both her courage in battling lung cancer that moved to her thyroid, brain, and finally her pancreas and for being a scrappy vice president of the Austin Federation of Musicians Local 433. Her bulldog tenacity in the foxholes of the good fight for Central Texas musicians is legendary. Upon hearing about institutional perks being offered local players, she once responded, "How about paying them a living wage?"

That radically simple answer to tax breaks and health discounts was typical of Shults' candor. Someone once suggested that musicians were in the business for fun, to which Ginger snapped, "You load out of the Elephant Room at 3am, and tell me it's fun!" Yet away from the politics of work, which she regularly carried home with her and worked on late into the evening, Shults was a devoted fan of her husband's music. After listening to a track called "Jesus in Mexico" that her husband recorded with friends, she commented that she liked the song and it should be recorded. In that laboratory of thought, the Monstas were born.

Technically, the Monstas were born the moment Ernie Durawa met New York guitarist Matt Smith, when both worked at the National Guitar Workshop in 2002. Smith introduced the drummer to Brian Mitchell, whose credits include Bob Dylan, Al Green, and Levon Helm. Lightning struck when the three were in the studio with sax man Joe Morales and bassist Rich Stanmyre. The creature on the slab sat up and started walking.

"This band is just an amalgam of our influences," shrugs Matt Smith genially over the Manhattan crackle of his cell phone. "Brian spent a lot of time in New Orleans and played with Walter Wolfman Washington. I spent a little time there too and was influenced by the music. Who isn't? Texas, too.

"I'm from New York, but my parents and Brian's both lived in Austin. After I met Ernie at the workshop, I asked him to get some guys to play with us, and it grew from there."

Bringing the Monstas to life wasn't kid's play for Durawa or Smith, who leads the Chop Shop clinics for Ovation and Hamer guitars when he's not touring the world for the National Guitar Workshops. Once the basic group was in order, they tweaked it with the addition of Austin-based steel pan player Aaron Lack. By early 2006, the Monstas were in the studio stirring their unholy gumbo of Texas-laced, New York-fueled, New Orleans funk.

All that musical geography resulted in a sublimely soulful jazzy-rock sound that made perfect sense. Although half the band members live in Austin and half in New York City, I-35 and I-95 are connected by I-10 through Louisiana. 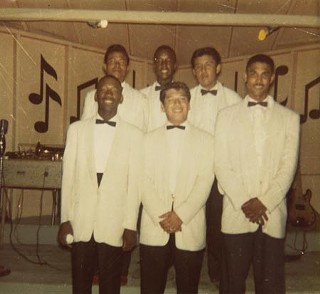 "It's the long-distance relationship that really works," quips Smith.

For Durawa, the triumph of the group's debut recording, Meet the Monstas ("Texas Platters," July 6, 2007), was overshadowed by Shults' failing health. His induction into the Texas Music Hall of Fame, March 2004, had come during the early stages of his wife's cancer. He'd pasted a smile on his face during the mayor's proclamation of Ernie Durawa Day on Feb. 3, 2005; no one knew he and Ginger had just left the doctor's office with her grim prognosis.

"I drove away from the doctor's and said I didn't want to go, but Ginger said, 'You're going, and I'm going with you.' I had to play a song, then speak. I don't even remember what I said. I mumbled something to the mayor, then the audience. I did say, 'This is for you, Ginger.'

"It's been a rough time since then, especially this time of year.

"She fought for the musicians in this town, and she won a lot of cases, but her job was rough. Her job at the union was nothing but confrontation. Confrontation with record labels, with musicians, with clubs, with producers. Constant confrontation. We'd go out, and more musicians knew her than me. Or they would squirm when they saw her."

He chuckles at the memory.

What gets a person through that kind of wrenching loss? It's not the jolt of a sudden heart attack or the shock of a car accident. It's a loss lived moment by moment, the slow sapping of life, the energy drained from both the person suffering the illness and those in their lives. Ginger Shults' death wasn't the only darkness in Ernie Durawa's life. 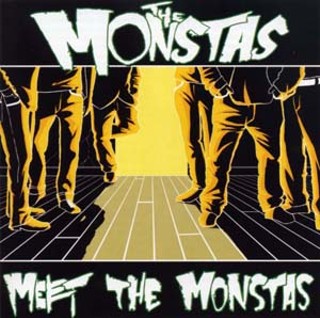 "I lost my sister; I lost Doug [Sahm]; I lost my wife," grimaces the drummer. "I lost Freddy [Fender]; I lost Rocky [Morales]. Where does it stop? It doesn't. Life goes on."

He reflects on the four things that have always given him strength and grounding: "Faith, prayer, friends. Music."

That desire to play music has been Durawa's salvation, the art of his life. Both the Texas Tornados and his group Los Jazz Vatos had a flurry of activity the last two years, but mostly it was the Monstas he poured his creative energy into. That this side project proved so viable wasn't exactly a surprise to its members, but Matt Smith thinks the strength of Austin's music community helped.

"When we come to Austin, everyone embraces this band," he affirms. "There's an indefinable magic that happens sometimes. Just get the right people together at the right time and playing for the right reasons. You don't plan it; it just happens. We have a lot of interesting characters in the band, personalitywise, and there's a lot of humor in the Monstas' music."

"New York has more fragmented circles," Smith continues. "There's a jazz circle, blues circle, rock circle. But in Austin, everyone hangs out together. I find that one of the most exciting music scenes I've seen. There are real music fans who nurture and love the scene. Austin is one of the coolest places in the world. I'm in love with it, and Ernie's the unofficial mayor."

Both Matt and "the unofficial mayor" are already hinting at a second Monstas CD, though Durawa is very attached to the first, which is dedicated to Ginger Shults.

"Her spirit's all over it," attests Ernie Durawa.