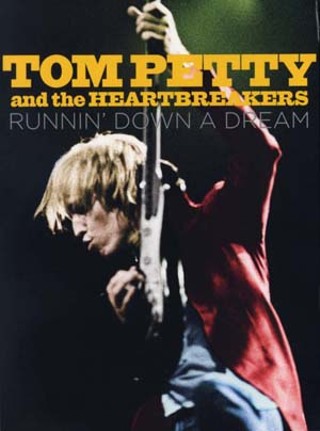 Runnin' Down a Dream (Warner Bros.)


Tom Petty is the Ralph Nader of rock & roll, a true consumer advocate. And his Heartbreakers – Mike Campbell (guitar), Benmont Tench (keys), Ron Blair (bass), Steve Ferrone (drums), and multi-instrumentalist Scott Thurston – have withstood more than most could stomach. Director Peter Bogdanovich brings in his best work since 1972 Oscar winner Paper Moon: the four-hour-plus Runnin' Down a Dream, oral history of an American band for the ages, from Petty's childhood to last year's 30th anniversary tour. Comprehensive is an understatement given candid interviews with Heartbreakers past and present; producers Jimmy Iovine, Jeff Lynne, and Rick Rubin; and celebrity superfans. The Traveling Wilburys in session – Petty, Roy Orbison, Lynne, Bob Dylan, and George Harrison in a candy shop – live shots, and numerous videos propel this Dream. The four-disc set comprises the 2-DVD documentary, 2006's homecoming concert in Gainesville, Fla., and an unreleased soundtrack (a Saturday Night Live performance with Dave Grohl on drums, Top of the Pops in 1977, and Hank Williams' "Lost Highway"). "I don't really understand it," admits Petty of his songwriting, "but I do know that the best ones often just appear. You're sitting there with your guitar or the piano, and bang! There it is. It just falls out of the sky. ... It's a spiritual thing."

Tom Petty and the Heartbreakers