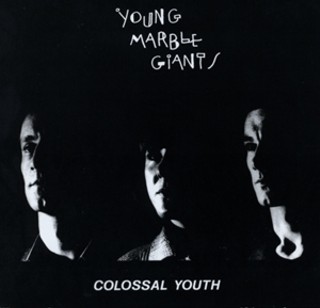 
Young Marble Giants were post-punk by definition, but these aren't the jarring rhythms of Gang of Four and the Fall. The Cardiff, Wales, trio was minimalist and airy, allowing the empty spaces between strums equal billing with Alison Statton's no-frills vocals. The sound was spare, "its meshwork of cogs and spindles exposed in all its intricate distinctness," as Simon Reynolds writes in his extensive liner notes. Such is not to say there isn't a little hip-shaking involved ("Include Me Out," "N.I.T.A."). The brothers Moxham formed the aural opposite of the Sex Pistols in 1978 and released their only LP, Colossal Youth, two years later. Switching from somber haunt (opener "Searching for Mr Right") to drum-machine simplicity ("Wurlitzer Jukebox"), the album hinted at the future of the UK. The three went their separate ways in 1981, influencing everyone from Nirvana to contemporary hangers-on in the period since. Call this reissue of Colossal Youth, packaged with 2000's boring odds & sods collection, Singles and Salad Days, and 12 minutes of a surprisingly chewy 1980 John Peel BBC session, a reintroduction. Though this phoenix isn't much to write home about, the austere Colossal Youth alone is hypnotizing.