The outskirts of reissue city 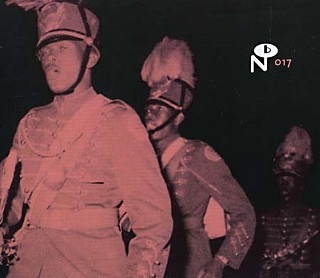 For years the missing pieces of Florida's storied soul scene were buried in a closet of the ex-wife of former Deep City Records owner Willie Clarke. There, beneath a stack of old mixtapes, ranging from radio broadcasts to overdubbed copies of James Brown LPs, and sealed in Ziploc Bags, lay some of the funkiest songs ever carved onto wax.

Atop a throbbing bassline and backdrop of gunshots and death-march organ lines, 15-year-old Betty Wright demonstrates the commanding presence of a young Aretha Franklin on "Mr. Lucky." Bizarre and instantly engaging, the tune sends the listener sprawling, desperate for further detail about the teenage singer. There's more. From jazzy break-beat instrumentals (Deep City Band) and sensual barbershop pop (the Rising Sun) to Jackson 5 soul (the Rollers) and feverous, gospel-inflected funk (Perk Badger), that cardboard box in the former Mrs. Clarke's house spilled forth a treasure trove of obscure soul.

"Soul happened everywhere, not just Chicago or Memphis or Detroit, and all of these people wanted to make their own mark in different places at different times," says Numero Group's Ken Shipley. "What we've done is create a uniform catalog to make it easy for people who want to get into rare soul."

In Texas there was Houston's orchestral Kash­mere Stage Band ("Reissues & Box Sets," Aug. 25, 2006) and Mickey & the Soul Gen­er­ation, whose Southern-fried funk inspired DJ Shad­ow's imprint, Cali-Tex, but the realm of reissues extends far beyond that of soul and funk. The Digital Age has created a vast virtual marketplace, with rare, out-of-print titles beginning to resurface and thrive due to the minimal costs of maintenance and distribution involved.

Longstanding reissue kingpin Rhino Records, for example, has uploaded more than 150 largely forgotten titles from the Warner Music Group, ranging from lesser-known Black Sabbath records like 1986's Seventh Star and 1987's Headless Cross to Guy Clark classic The South Coast of Texas. The label's online store also includes digital versions of its limited-edition series, Rhino Handmade, along with selections from the libraries of its Italian, Scandinavian, and Brazilian counterparts and an innovative batch of mini-best-bundles called Hi-Fives, featuring Jimmie Dale Gilmore, among many others.

Stax Records, whose recent resurgence for its 50th anniversary coincided with a flood of reissues, including digital-only versions of Albert King-Stevie Ray Vaughan team-up In Session and David Porter's 1970 debut, Gritty, Groovy, & Gettin' It, employs a similar concept with its Short Stax EP series, starring the Staple Singers and Isaac Hayes. Major labels like Sony BMG, Atlantic, and the Verve Music Group are in the process of making their entire output available for download, while Sun Records' complete discography can currently be purchased on eMusic.

"Everybody realizes that catalog is king," Shipley says. "It's what you already own that matters, not what you're going to create."

Not that it's all digital. Not by a long shot. Enough time has now passed for indie labels like Merge and Sub Pop to revisit seminal albums from the first generation of college rock. James Murphy's DFA Records recently reissued Pylon's Gyrate, an album long overshadowed by the success of fellow Athens, Ga., acts like R.E.M. and the B-52s. Secretly Canadian did the same for Bobb Trimble's two borderline-brilliant pop gems, 1980's Iron Curtain Innocence and 1982's Harvest of Dreams. Seattle's Light in the Attic, meanwhile, regularly balances throwback albums from artists like Nicole Willis & the Soul Investigators and Austin's Black Angels with a back catalog that includes Os Mutantes, Betty Davis, and the Free Design, not to mention the Deep Throat original soundtrack anthology.

"The most important thing is contextualization," says Tommy McCutchon, co-founder of local reissue label Unseen Worlds. "The record needs to convey the historical significance of the album – where it fits in with what was being done at the time and within the arc of their career."

The best reissues freeze time. To uncover the urban and decidedly black funk of Boscoe's eponymous 1973 album, released earlier this year through Numero Group subsidiary Asterisk, is to feel the escalating social and political tensions of the era. The sextet's revolutionary and groovy soul-jazz fusion is the link between the Art Ensemble of Chicago and Sun Ra's Arkestra, the voice and vehicle of a community at its wit's end. On the other side of the equator, Soundway Records' Nigerian Special: Modern Highlife, Afro-Sounds & Nigerian Blues 1970-6 extensively documents the way technological innovations, the end of the Biafran war, and the rise of Fela Kuti's Afrobeat transformed the country's musical landscape. It's an audio textbook, anthologizing little-known artists like Celestine Ukwu & His Philosphers National, Mono Mono, and the Funkees before it's too late.

"The whole industry of archiving releases is so huge right now," says Sonic Youth's Thurston Moore, whose Ecstatic Peace compiled the blis­ter­ing no-wave instrumentals of the Notekillers from 1977 to 1981. "It's gotten to the point where people are able to put out some lost acetate of some acid-folk band from Buffalo, New York, in 1967 that only had one recording from a radio station or something like that, but it's an amazing document of the era.

"It's a wonderful thing." 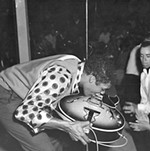 Get Down Brother
Alamo City soul cache comes to light