For nearly three decades, Marc Bell, aka Marky Ramone, has been arguing his namesake inclusion in punk's fatal four. "[Original drummer Tommy Ramone] could be called the Brian Jones of the Rolling Stones, and I'm the Ron Wood," says Marky Ramone, who joined the group for its seminal Road to Ruin in 1978, left in '83, returned in '87, and stayed until the bitter end in 1996. "What I did was keep the machine running for those years." The iconic skinsman and host of Sirius Satellite Radio's Punk Rock Blitzkrieg recently took the stand to defend Phil Spector, helmsman for the Ramones' pop spectacle End of the Century, during the infamous producer's second-degree murder trial on Court TV. "They were both under the influence of drugs and alcohol, and when you mix those two things, accidents happen," he says. "I don't think he's guilty at all." On Friday, Ramone barks out the 1-2-3-4 at Emo's with help from the Queers. "It's time to rekindle these songs, and who else is there to do it?" Ramone asks. For the rest of the interview, see austinchronicle.com/earache.

Top of the Pops

C3 Presents has plenty to be thankful for this Thanksgiving. The local enterprise took home the Top Independent Promoter award at the fourth annual Billboard Touring Awards last Thursday in New York, while both of its festivals, Austin City Limits and Lollapalooza, are among the local nods on the ballot for this year's Plug: Independent Music Awards. (Spoon and Okkervil River are both up for Artist and Indie Rock Album of the Year.) The icing on the cake came courtesy of Sonic Youth's six-string scholar Thurston Moore, who name-dropped Stubb's as his favorite live-music venue on Pitchfork Media: "Cold beers, hot barbecue, and rock & roll. It's sort of an equation you really can't deny. There are a lot of good venues, but that one is always consistent." 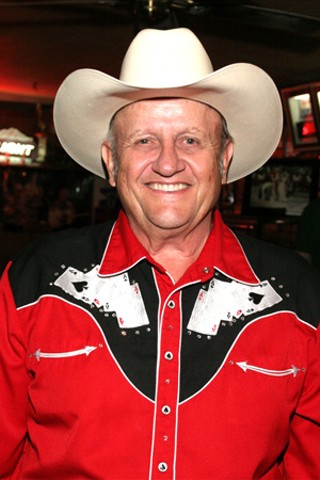 Of all the projects the Broken Spoke has been approached as a setting for, the premise of Austin-based comedy The Sno Cone Stand Inc. is probably the strangest. The independent film, budgeted at $1.5 million, stars The Sopranos' Tony Sirico and Morgan Fairchild in the story of three disenchanted stockbroker trainees working their way down the corporate ladder. "I'm not too sure what it's about," admits owner James M. White, "but there's supposed to be a cameo from Willie Nelson." The historic honky-tonk has kept busy lately, appearing in television commercials for Foster's, Miller Lite, Levi's, and Wrangler jeans, as well as episodes of Friday Night Lights. Most recently, the Spoke was the subject of a segment for the Discovery Channel and a BBC Three program. "We get so many people out there filming that it's hard for me to keep track of," says White, who's sitting out his Tuesday Hardcore Country night with Alvin Crow next week for a private party. "They like to come over and film the bands playing and the people dancing with cowboys hats to the Texas two-step. Those things are hard to find these days."

IndieKazoo, a locally developed, online music outlet, is officially open for business. For a $20 monthly subscription fee, the site allows artists to create their own personalized stores, which can be integrated into websites and whose sales are directly deposited into a PayPal account. Singer-songwriter Ana Egge and Jon Dee Graham are among the local artists already on board, while Kazoo is currently allotting a 30-day free trial for bands. "The site is designed to enable indie musicians to sell their own records without third parties," says co-founder Ken Feldman. "The whole process takes less than an hour, making it that much easier for bands to do it themselves." 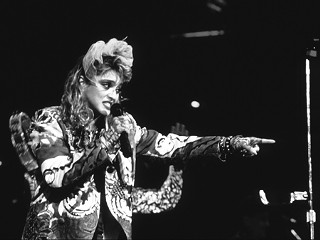 Madonna, Frank Erwin Center, May 5, 1985
The Frank Erwin Center, which tore its first ticket Nov. 29, 1977, and has since hosted more than 24 million people and 6,000 events, commemorates its 30-year anniversary with the unveiling of Inside the Arena: Three Decades of Legends during UT’s men’s basketball game vs. Texas Southern on Wednesday. “It’s quite a legacy,” says Associate Athletics Director John Graham of the photo exhibit, which features Luciano Pavarotti, U2, and Prince, among others. “Overwhelming really.”

A quick glance at the guest list for Roky Erickson's historic Austin City Limits taping last week was all that was needed to understand the magnitude of his local legacy: ZZ Top's Billy Gibbons, King Coffey of the Butthole Surfers, and members of Centro-matic and the Black Angels. The two luckiest folks in the building, though, were Jon Sanchez and John Leon of the Summer Wardrobe, who've been occasionally backing Erickson as Evilhook Wildlife ET since a last-minute New York engagement in June. "Billy [Gibbons] was checking out my gear," recalls Sanchez. "He kept asking me how I got all of my different sounds." The Wardrobe's shoegazed pop crystallized Erickson's softer ballads like "Starry Eyes," the subtle twang of Leon's steel guitar replacing the Aliens' original autoharp arrangements. "We try to interpolate each song differently, giving each one its own sound and its own place," Sanchez says. The local quartet is also preparing a new full-length for New York imprint Rainbow Quartz. "It's going to sound a lot more spaghetti western noir," adds Sanchez, "but psychedelic, too."

• One of the few black musicians in Austin's early punk scene, Byron Scott, guitarist for Do Dat, died on Friday morning due to complications arising from a stroke. Scott, 52, also played in the Twisteyes, Bad Mutha Goose, and the rockabilly outfit the Trouble Boys, who opened for the Clash in 1982. A funeral service is set for 1pm, Wednesday, Nov. 21, at Austin-Peel and Son Funeral Home, 607 E. Anderson Ln.

• Two decades after his appearance on The Cutting Edge and hot on the heels of his triumphant return at Antone's (see "General Lee and Me," Oct. 26), Dino Lee & the White Trash Revue have their sights set once more on MTV. The network is hosting an online competition, awarding bands from select markets a slot on MTV2's New Year's Eve Bash. Voting ends Sunday, Nov. 25. DinoLeeOnMTV.com.

• Bongo Fury continued: Dweezil Zappa & the Zappa Family Trust provided an epic 3½ hour crash course in the musicology of Frank Zappa, without intermission, last Tuesday night at Hogg Auditorium, all of which was filmed for a live DVD to be released next year.