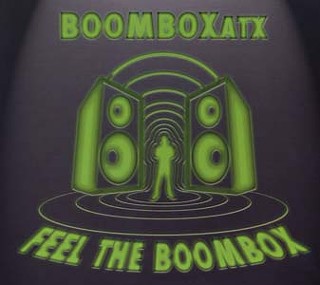 Austin 10-piece Boombox ATX has been packing Lucky Lounge with their mix of funk and hip-hop every Tuesday for more than two years, but their formula doesn't translate in the studio. Freestyle rhymes that keep the live show moving come off as fluff and filler on Feel the Boombox. The album sounds as if MC Overlord mistakenly grabbed a late-1990s rhyme notebook on his way to the studio, his flow on "Can You Hear Me?" 2Pac-bitten and references to retired sports stars and an invitation to hit him on his pager downright archaic. It's not all bad, however: Best track "Long Way Home" features Blues Traveler's John Popper on a countrified Delta blues ditty reminiscent of the late R.L. Burnside. The title track, with its hard-rock edge and Latin-tinged brass, is another standout on an album that too often feels like a calorie-free alternative to the Roots. A Tale of Two MIDIs is a minimalist manifesto created by newcomer Penname alone in his room with a MIDI keyboard and microphone ("Fuck your street cred; I'm making a whole record on the end of my queen bed"). The independent release is headphone heaven for the Def Jux and Diplo crowd. On "Rims," Penname drops a scathing indictment of commercial hip-hop over a bananas banjo-laden beat, and blues guitars are flipped beyond recognition on "Man With a Machine (Alan Lomax)" as he spits, "While others rhyme about busting stomach caps, I'm a throw Leadbelly in my battle raps." Heady rhymes about The Charlie Rose Show and Jorge Luis Borges won't earn Penname any Clear Channel spins, but this DIY release is ripe for college-radio rotation. Best of all, it's a free download at www.pennamemusic.com. Houston's Chingo Bling takes on the immigration debate on his latest release on Asylum/Big Chile, They Can't Deport Us All. Politics is foreign territory for the comedy rapper who pimps his bobble head and Culo Caliente hot sauce online, but the Tamale Kingpin delivers surprisingly poignant lines like, "Right now they got us cleaning up Katrina; yo Kanye, Bush don't like Mexicans either." While the blinged-out ostrich-boot-wearing vaquero is an over-the-top gimmick, Chingo's capable flow is backed by top-notch H-Town production, making this album equal parts Paul Wall, Weird Al, and Carlos Mencia. 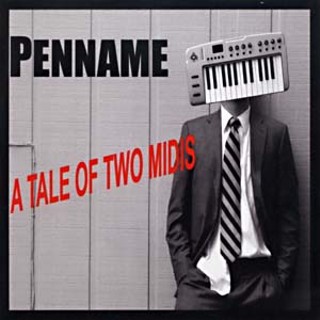 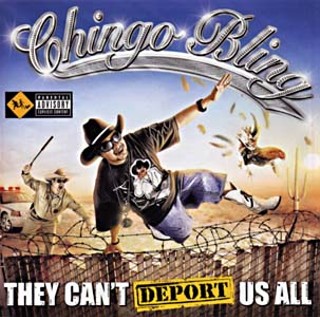