1977 sonic reducer (I'm) Stranded shares at least one crucial delineation with The Clash other than the year of its debut: Its slash 'n' burn was never repeated. Brisbane, Australia's Saints never tried. As documented by 2004's 4-CD All Times Through Paradise, the raw, "River Deep Mountain High" quartet peaked over its first 18 months of recorded output, after which guitarist and one-half of the band's songwriting tandem Ed Kuepper broke up the band. Stranded in the UK, beery, foamy other half Chris Bailey reconstituted the band as a pop trio. The Greatest Cowboy Movie Never Made gallops no-frills though another 4-CD bar fight, 1980-1984. EP Paralytic Tonight Dublin Tomorrow pairs up with LP The Monkey Puzzle in hearkening back to first wave Britpop, the former's kick-off "Simple Love" and the latter's opener "Always Always" garage-y under a film of DIY production. Monkey's "Paradise" washes up a bit of afterglow from the previous box. Unfortunately, when Bailey's songsmithery gives out, so goes the band's oxygen (i.e., the painfully slurring "The Ballad"), making A Gallon of Rum Is a Harsh Mistress the Morning After, "Recorded somewhere in Sydney, sometime in 1981," a perfectly besotted save. Both '82's Out in the Jungle ... and '84's A Little Madness to be Free flesh out instrumentally with horns, strings, and piano, to the point where the Saints do the Waterboys. Jungle's persistent "Come On," waltzing title track, and taut, proto-psychobilly of "Beginning of the Tomato Party" are bolstered by a strong fistful of bonus tracks, while Madness sears ("The Hour"), Iggy Pops ("Photograph"), and New Waves ("Only Time") in the fanfare ("Ghost Ships") of not a single bad track. The set's criminal lack of credits – song, album, etc. – combined with liner notes that barely fill in the blanks, seriously undercuts the entire endeavor, lending it a sense of the slapdash. Imperious Delirium declared the Saints' spring 2007 LP. Cowboy shows the way. (3:20pm, Stage 2) 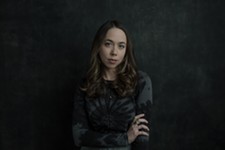