Halfway through the inaugural Fun Fun Fun Fest, held on a blisteringly cold Friday last December, event booker Graham Williams stage-dived into the audience during Negative Approach's scorching reunion set. It was an oddly appropriate, if completely unexpected, gesture, highlighting the festival's diverse fan-focused approach, which extends to its organizers. "I really booked something I'd want to go to," writes Williams in a recent e-mail exchange. "I'm happy others are seeing it this way as well." Backed by the new promotion venture Transmission Entertainment, FFFF ups the ante this weekend at Waterloo Park, hosting more than 50 bands on three stages in two days, along with local vendors and retailers like Boomerang's, Daily Juice, the Parlor, Brave New Books, and Birds Barbershop.

Off the Record: What two bands would you like to see collaborate at the festival?

Graham Williams: Explosions in the Sky and Neurosis would be amazing. ... Girl Talk and someone with the dancey-meets-rock vibe like White Denim or Battles. Murder City Devils and Ted Leo might be interesting. Of course, Madball and Emma Pollock already have a split 7-inch where they cover each others songs, so not that one.

OTR: What are some other bands you'd like to see reunite for the festival?

GW: In the future? Man, there are so many. Most of the great indie bands are already doing it, like the Jesus and Mary Chain and the Pixies (My Bloody Valentine is rumored to play Coachella in '08), but there are a million great bands I'd like to see: the Dead Milkmen, the Butthole Surfers, the Jesus Lizard, Black Flag, Born Against, the Smiths ... I could go on forever.

OTR: If you were compiling the track list for Cat Power's next covers record, Jukebox, what songs would you want to include?

OTR: What do you anticipate changing next year?

GW: I imagine it'll still be two days. If it grows, which I hope it does, I'd like to do it at a bigger location than Waterloo Park. Not too big, like Zilker/ACL. I could never fill a space that big and don't really want to have it that size anyway, but a step up would be nice, with more stages and bands. I'd like to have more local vendors and maybe even do more film and projection stuff. ... Who knows?

For the rest of the interview with Williams and a complete breakdown of the Fun Fun Fun Fest afterparties, check out the Off the Record blog (austinchronicle.com/earache).

The recent resurgence of Stax Records, the original proprietors of Southern soul, culminates locally with the annual Help Clifford Help Kids benefit Thursday, Nov. 8, at the Palmer Events Center. Established by late club owner Clifford Antone in 2001, the fundraiser is headlined by legendary instrumentalists and the label's former house band, Booker T. & the MGs, along with William Bell and Eddie Floyd, who's perhaps best remembered for his gritty single "Knock on Wood." "We both grew up on Stax Records," recalls sister Susan Antone. "This is some of the best music ever made, and we're honored to have them." Tickets are $20.

"People of the Earth, you are not ready," warned the pre-recorded intro for Afrika Bambaataa Friday night at Club de Ville. Following two sets by Latin-funk instrumentalists Brownout and DJs Manny and Bigface's opening mix, the iconic Bronx DJ dug deep into the past to find his Zulu groove, masterfully mixing everything from Whodini and Salt 'n' Pepa to Rick James and James Brown. The Godfather of Soul proved the one constant of the evening as traces of his hydraulic funk flowed into each performance. Perhaps the people weren't ready, but they partied anyway.

The artists neglected from the 2008 Rock & Roll Hall of Fame ballot, including the Stooges, Doug Sahm, John Coltrane, Brian Eno, and the 13th Floor Elevators, were more heatedly debated than the duds that rounded out this year's nominees, particularly John "Cougar" Mellencamp, the Dave Clark Five, and the Beastie Boys, who lost out in favor of hip-hop godfather Afrika Bambaataa. Madonna, an obvious shoo-in, lost priority placement to Donna Summer under similar reasoning. The entire Chronicle Music staff unanimously agreed on instrumental rock outfit the Ventures and Leonard Cohen, while Chic was rejected once more due to the group's minimal studio output.

Earlier this month, an online petition appeared arguing a case for UK combo the Faces (www.petitionspot.com/petitions/thefacesrrhof). Nearly 700 people have signed up to date, including HoF inductee Chris Frantz of the Talking Heads. "I don't know if I'll ever make it in," laughs local keyboardist Ian McLagan. "Both the Faces and the Small Faces would be considered one-hit wonders in this country even though both bands have had many hits and continued success in Europe. It's flattering that people care enough, but I don't think that the Rock & Roll Hall of Fame is particularly motivated by fan base, or Kiss would have been in years ago." McLagan is currently putting the finishing touches on his new album, Never Say Never, which is heavily influenced by his Ronnie Lane tribute, Spiritual Boy. "I think this album will surprise some people," McLagan muses. "It's a different side of me. It's magical." 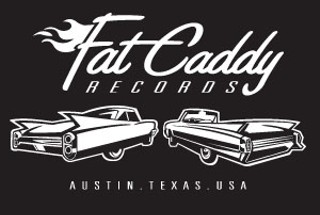 • With its local legacy firmly established, Peek-a-Boo Records, the indie imprint run by Travis Higdon, whose roster includes the Octopus Project, Peel, and Palaxy Tracks, is relocating its operation to Los Angeles at the end of the month.