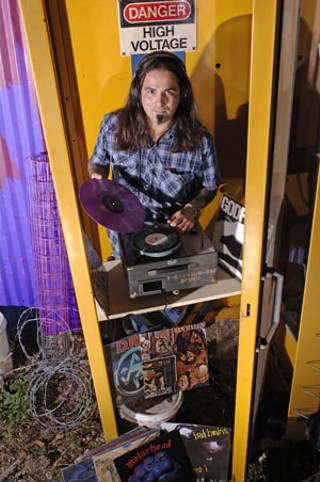 A classic tale: Man has band; man needs label; man starts label for his band. That was the story for Austin musician Mauro Arrambide, who co-founded Arclight Records in early 2003.

"Basically it was started to put Speedloader's first album out," he says. "I had previously put out a 7-inch split with Speedloader and the Bulemics on my own label, El Scorcho, but I wanted to expand it a bit. When I met Dave [Elizondo], we had the same ideas about starting a label and how it should be run, so we went for it."

"I'd like to keep the roster relatively small," he says, admitting any profits go right back into the next band. "I don't want to take on a million bands and not be able to promote and do the proper things that are required when releasing something. So, we're not constantly looking for bands, but if something comes along that I really dig, I'll definitely consider releasing. That's basically how we stumbled upon Phonograph."

With this talent bucking in the stable, does Arrambide still find the time to play?

"Just some jamming here and there," he jests. "Not enough time in the day."