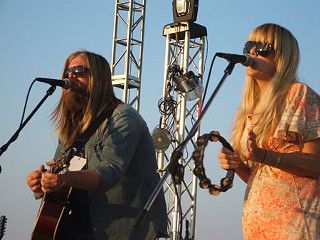 Another Brick in the Wall

Intentional or not, the third Wall of Sound Festival last Saturday at LaGrave Field in Fort Worth presented itself as an alternative to the Austin City Limits Music Festival. With 40 bands on three stages, including Ghostland Observatory and Pinback, the show resembled an entire week of the Emo's schedule compressed into a single outing, a 90-degree turn making it possible to catch more than 12 hours of near-constant music.

"The concept is nothing new really," said Lance Yocum of Spune Productions, who organized the show with help from local booker Rosa Madriz. "I would say that WOSF's model is to stay as much about the unsigned and truly 'indie' bands as possible." 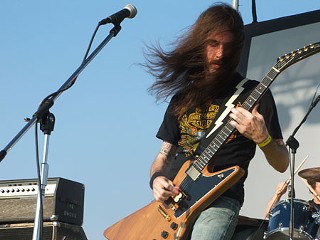 The Sword (Photo by Austin Powell)

Among those that fell under that umbrella was Austin's Tacks, the Boy Disaster. Led by vocalist Evan Jacobs, shadowboxing behind his keyboards, the quartet swayed and swooned with breezy Seventies folk, paying homage to Jacobs' former band, Denton's Midlake, whose truncated set paled in comparison to their performance one week prior at ACL.

Denton's Mom weaved heavily textured, ambient instrumentals through loops of acoustic and bowed guitar and violin, not unlike the Books, who added beats and bleeps synchronized to film on a projection screen. Austin transplants Lymbyc Systym, composed of brothers Jared and Michael Bell, triggered miniature post-rock noise bombs with a barrage of vintage keyboards and percussion. 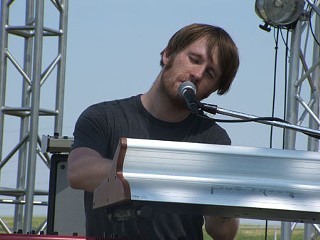 White Denim's post-punk carousal proved more of an experience than a performance, bursting with moments of Seventies funk, Pentecostal soul, and trucker blues, while the sonic youth of Ume's Lauren Langner Larson screamed pure Evol, and Lions clawed through cuts from No Generation. Returning from Canada with The Ivori Palms, a new album and novel, Peter & the Wolf, backed by a twopiece choir and band, told tales of traveling wonderment, spiced with newfound Motown vibes. Among the more established acts, the Sword bruised with a few new cuts, every bit as heavy as those on Age of Winters. Guitarist Kyle Shutt says the band will begin recording next month for a possible March release.

Unfortunately, attendancewise, the festival tanked, making the uncompensated promise of "exposure" for many of the acts limited at best. There were even larger problems at hand, however, like the loss of power that muted Brothers & Sisters' Californian folk, not that it stopped the familial collective from finishing the gorgeous ballad "One Night."

Unlike November's Fun Fun Fun Fest, there was no logic behind the festival's three-stage approach, creating awkward juxtapositions, like Om's doom-laden drone and Bobby Bare Jr.'s narcotic country, which led to both delays and drastically shortened sets. In the end, not even the meteoric grandeur of Explosions in the Sky could save the Wall of Sound from crumbling, forced by festival organizers to reduce its headlining performance to a barely audible 20-minute set. Jenga!

Don't forget the second annual Health Alliance for Austin Musicians Benefit Day takes place Tuesday. More than 175 Austin-area businesses, ranging from Whole Foods and BookPeople to Room 710 and Ruby's BBQ, are donating 5% of their Oct. 2 sales and/or making a cash donation to the local nonprofit, which provides medical, dental, and mental-health services to nearly 800 local musicians. Event organizers hope to double the amount raised last year, about $57,000, while more than 80 bands are performing throughout the city to promote sales and awareness. For the complete list of participating businesses and music schedule, visit www.healthallianceforaustinmusicians.org or scope OTR's abridged itinerary. Don't feel like leaving home? ME Television is hosting an all-day telethon with Charity Partners of Austin, matching up to $10,000 in donations. Pledge online at www.austincommunityfoundation.org or by calling 608-4060. 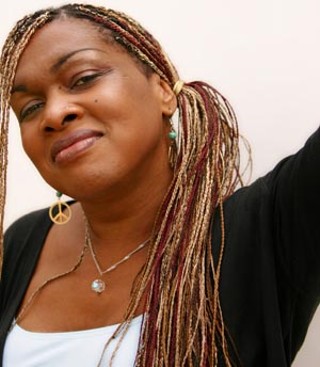 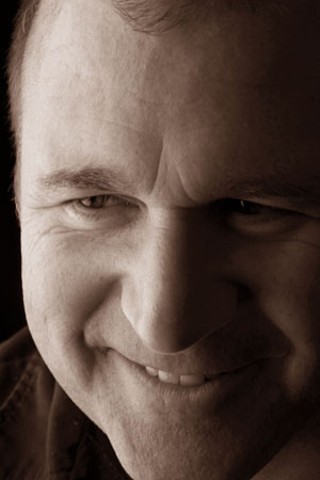 Harpist Gary Primich, 49, who honed his craft on the Windy City's infamous Maxwell Street Market alongside blues greats like Big Walter Horton, Sunnyland Slim, and John Henry Davis, died Sunday. Cause of death wasn't available at press time, and funeral arrangements are still pending. Born in Chicago and raised in Gary, Ind., Primich moved to Austin in the mid-Eighties after graduating from Indiana University, forming the Mannish Boys with drummer Jimmy Carl Black of Frank Zappa's Mothers of Invention. An in-demand session musician, recording with Omar & the Howlers, Tish Hinojosa, and Steve James, among others, and a notable guitarist, Primich achieved critical acclaim and star status in the UK through a series of solo albums, including last year's Ridin' the Darkhorse. "It's pretty easy for people to stick a harmonica in their shirt, if you know what I mean, but it's different when your whole life revolves around it," says longtime associate Omar Kent Dykes, whose recent collaboration with Jimmie Vaughan, On the Jimmy Reed Highway, featured a memorable cameo from Primich. "Gary was an absolute virtuoso, a master of the instrument. He could play any style, and you could always count on him to blow the back of the harmonica off on anything you asked him to play. He'll be sorely missed."

I Fought the Law

Last weekend, members of local TKO bands Complete Control and Krum Bums and Red 7 manager Jared Cannon were held in contempt of Christina's Court. The punks traveled to Houston to tape a segment for the Fox daytime TV series, attempting to resolve a "dispute" over an unfulfilled contract guarantee and subsequent riot at the bands' show. "It was really a sight to behold," confides Cannon, who pleads the Fifth about the legitimacy of the claims. "I did the whole thing with my collar popped." No word on when the episode airs, but expect a TV party for the occasion at the punk rock venue, which hosts Core Disorder 07, a 14-band metal fest, on Saturday.

• After two wildly successful runs at Houston's Axiom last year, Jason Nodler's original rock opera Speeding Motorcycle, based on the life and music of Daniel Johnston, is coming to the Zach Scott Theatre in February. All roles, including Joe the Boxer, Captain America, and Casper the Friendly Ghost, are available. Auditions are by appointment only and take place Saturday. Performers should prepare two Johnston original pieces, with bonus points for faithful renditions of "King Kong." More information is available at www.zachscott.com.

• The contract between C3 Presents and Austin City Limits, set to expire in July 2008, has been renewed for another 10 years, with a few changes. According to Austin City Limits CEO Bill Stotesbery, C3 Presents will continue to license the ACL name for its annual festival, but the two entities will no longer play a formal role in the other's core business. Tapings for ACL's 33rd season resume Sunday with Brad Paisley, followed by Kings of Leon and John Mayer in mid-October and Roky Erickson in November.

• Last Thursday, local hip-hop impresario Bavu Blakes received a surprise visit during his weekly residency at Canvas from legendary trumpeter Wynton Marsalis, who sat in for 15 minutes following his performance with the Jazz at Lincoln Center Orchestra at the Paramount Theatre. "He has pretty much despised hip-hop in his past interviews," Blakes recalls, "but he was clearly down with us!"