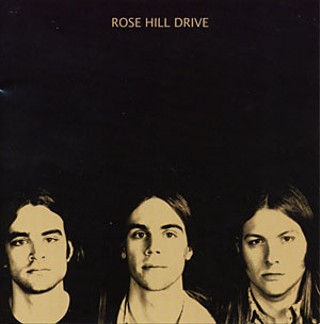 
When Rose Hill Drive gets rolling downhill, look out. Gregg and Duane Allman hopping a freight flashes by in the Boulder trio's live sets. In this case, it's Jake and Daniel Sproul on bass and shit-hot guitar respectively. Reflexively. Studio debut opener "Showdown" demonstrates a thoroughbred gallop out of the gate, producer Nick DiDia having cut his teeth with Pearl Jam on tawny rock with punky jitters. If only the Sprouls' writing skills matched their riffs and chops. Too often Rose Hill Drive ends up Black Crowes roadkill ("Cold Enough," "Cool Cody"), too metallic for its natural rootsiness but not nearly down and dirty enough. Sometimes it works ("The Guru"), but more often than not, the band simply sounds soulless. Pete Townshend tapped Rose Hill Drive for the Who's last tour, but the Kings of Leon opened for U2, and, unfortunately, Jake Sproul is no Caleb Followill. "In the Beginning," with its Zeppelin III acoustics, doesn't "Bron-y-Aur Stomp," but the Sixties pop of "It's Simple" begins a strong ending; marching "Raise Your Hands" pumps a winner, while the purest chugging moments of "Man on Fire" and throb of "Reptilian Blues" are building blocks with weak bridges. If Rose Hill ever hitches its horses south, look out. (5:15pm, Austin Ventures stage)