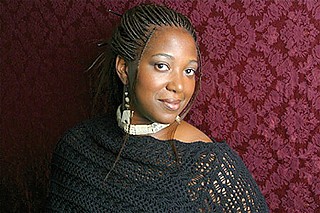 Whatever your spiritual background, a dose of sun-shielded redemption is no further than the Washington Mutual tent. Every year, a select crop of gospel acts descends on Zilker Park to provide the truth: Rock & roll is only a few early morning hours removed from the church.

Kicking off 2007's testimony on Friday is Ohio native Loretta Williams Gurnell. Now residing in Houston, Gurnell's mix of contemporary gospel and smooth R&B can be heard in full bloom on her 2006 debut, It's a New Day. The Gospel Silvertones' sound often recalls the quiet, storm-trooping male R&B vocal groups of the Seventies, and the Austin sextet is a regular on the gospel-brunch circuit. The Wonderful Harmonizers have been spreading the good news since coming together at Huntsville's Little Bethel Baptist Church in 1959, but they still manage to incorporate a modern flair into their Soul Stirrers-inspired approach. Movin' is the latest release from the Mighty Clouds of Joy, the Los Angeles-based quintet that made its recorded debut in 1960 with "Steal Away to Jesus" on Houston's Peacock label. They even had a crossover disco hit with 1975's "Mighty High."

Saturday's lineup includes ACL vets the New Soul Invaders, a high-energy ninepiece hailing from the tiny town of Industry, Texas. The superb Sylvia St. James is the longtime mistress of ceremonies for the House of Blues gospel brunch in L.A., and when she's not singing, she serves as director of gospel talent for HoB. Sam Cooke and Johnnie Taylor are among the vocal greats who have passed through the ranks of the Legendary Soul Stirrers over its seven-decade run. The pioneering gospel quartet was inducted into the Rock & Roll Hall of Fame in 1989.

San Antonio's Shields of Faith begin the Sunday service with a rollicking Southern soul revival, while Bay City's Jones Family Singers draw on both the traditional and contemporary as they deliver a testimonial that's guaranteed to leave the tent breathless.