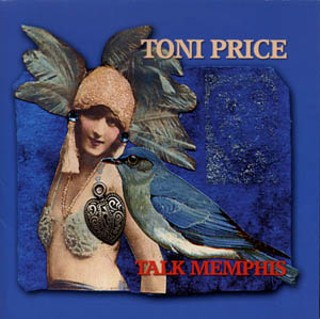 
Talk Memphis is Toni Price's best album since 2001's Midnight Pumpkin. Not that Price puts out bad or mediocre LPs. That's never been an option for the sultry vocalist who's stolidly refused to compromise the homey vision of her music. Naturally a lack of touring has limited Price's national profile, but that's only made the singer a wonderful discovery for those who mine her rich blues and roots-rock. Though she's departed Austin for new digs in California, Talk Memphis is a total Austin production right down to longtime producer Derek O'Brien. Evoking the geography of its title, the album Stax the deck with the soulful undertones that have always been her stock-in-trade, burnished with the Texas Horns' powerful punch and tip o' the Stetson to McLemore Avenue. As always, Price's exquisite ear for songs matches her sublime alto to crystalline perfection. To that end, she plucked gems including Jeff Barry's "Am I Groovin' U," Nick Ashford and Valerie Simpson's "Runnin' Out," Isaac Hayes' "Leftover Love," and Allen Toussaint's "Mean Man" from the treasure chest of unplundered covers. Likewise, Jesse Winchester's title track, Booker T. and Eddie Floyd's "Sorry About That," and a page from Ann Peebles' songbook "Ninety-Nine Pounds" are matchless and blend seamlessly with homegirl Wendy Colonna's "Right Where I Belong." Yet Price is a creature of habit, staying well within the safety of Gwil Owen's songs such as "Sunflower," "Gravy," and "The Power." San Diego may now claim Price, but with Talk Memphis, Austin gets the credit.