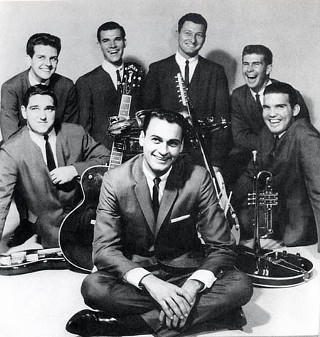 Call it blue-eyed soul, frat-boy rock, Gulf Coast soul, Texas blues-rock – "Treat Her Right" defied genre and lured those who heard its siren call. Written by Roy Head and Gene Kurtz, the song swaggered with an elastic rhythm bolstered by the punch of brass. It encouraged dirty dances such as the gator, and its double-entendre lyrics promised heaven "if you practice my method just as hard as you can." With 12 bars and three chords, "Treat Her Right" delivered heaven in 125 seconds flat.

"Treat Her Right" charted smack in the middle of the Sixties, 1965, an era when America was still gripped by the British Invasion bands. The irony was that those acts stormed these shores armed with blues and soul riffs, licks, and style that remains 100% USDA choice. Yet America had nearly forgotten that heritage. Despite stomping revues headed up by James Brown and Ike & Tina Turner, the early-Sixties charts were bloated with treacly pop. Even Motown's fabulous soul stable formulated their music for suburban whites and not inner-city blacks.

Written by San Marcos' Roy Head and San Antonio's Gene Kurtz, "Treat Her Right" went to No. 2 on the charts, edged out by the Beatles' "Yesterday." Like "Yesterday," every generation has covered the song. Had Sun Records' Sam Phillips heard Roy Head before he heard Elvis, Head would be known as "the King."

Roy Head: The song was a mistake. I wanted to do "Ooo Poo Pah Doo" by Jessie Hill, and the guitarist played the wrong riffs. So I made up a song about talking to a cow. "If you squeeze her real gentle, she'll give you some cream." It was risqué, but in a hillbilly way. The dance floor packed up.

Gene Kurtz: Roy always said it was about a cow, that whole double entendre "squeeze her real gentle." I think he got that from a Forties R&B tune, but his words didn't rhyme or make sense, just making it up between instrumental parts. We played "Treat Her Right" a lot longer during the dances, but the single was just as long as radio wanted.

RH: We played it all around for several years, East Bernard, Riverside Hall, Prairie Hill, Brenham, El Campo. [Record producer] Charlie Booth came to see us at East Bernard and said, "Roy, let's go into the studio and record that song." We'd done all our recording for TNT – Tanner and Texas – out of San Antone.

GK: It's such a simple song that lends itself to reinterpretation and rearrangement. In some ways it's just generic white-boy soul. The song started at [Roy Head &] the Traits' dances before I joined the band. I took it on myself to try and organize the lyrics because they didn't rhyme or make sense.

RH: Gene came to me one night and said, "Why don't we make this song about a woman instead of a cow?" We went over to Goldstar Studios on Broad Street in Houston and did it on the first take, I think. Session cost about $500 to $600. We thought we'd never be able to pay for all that! Huey Meaux came into the picture after it was recorded. Huey liked my music, so he got together with Don Robey – who had Back Beat Records, Duke, Songbird, Sure Shot, and Peacock with Bobby "Blue" Bland and Little Junior Parker. Robey liked the song, and Huey got me in with Robey. So we went in and reworked it a little bit.

GK: I saw that little horn riff would fit at the end of the song. We didn't do it before that; it was my suggestion. Turned out it was a good lick. I was aware of the Kinks' "You Really Got Me," and I liked their other songs, but it's much more likely I got it from the Ajax ["stronger than dirt"] commercial than the Kinks. Let's face it: Riffs on horns or anything are not copyrightable, and it got used again. There are only so many notes.

RH: There was a black disc-jockey convention in Houston, at one of the biggest black clubs in the country. Robey didn't want me to go onstage, didn't want people to know I was white. I felt like Charley Pride at Panther Hall the first time. A couple folks said, "You need to let him play 'cause there'll be a problem if we don't."

When I went onstage, the place went silent. "Oh, God," I thought. "I gotta do something now." Joe Scott's band backed me – Bobby "Blue" Bland's band – and after I got started, they were high-fiving, throwing hats in the air. The next day "Treat Her Right" was played all over the United States by black stations.

We were driving to Prairie Hill, by Brenham, and we heard our song on national radio, WLAC, Ernie's Record Mart outta Nashville, Tennessee. We pulled over and jumped out of the car, tore fence posts down, hunched the back of a Cadillac, rolled down in the grass pulling it up. It was awesome. It was the greatest rush of my life. After the song ended, we got up, cleaned up, got in the car, and went on to play the show. Don't think I could ever relive that moment. It's what you live for as an entertainer.

GK: When "Treat Her Right" came out, it just said Roy Head as writer. They did that without any consultation, in typical Don Robey fashion, because most people didn't have the wherewithal to do anything about it. So Roy and I went to an attorney and signed a piece of paper that said I was co-writer.

RH: The real key to that song was that it had that push and pull that every little garage band in the world could play. You didn't have to rehearse it for days. All you had to do was hit close to the tempo and melody, and people love it. It's been recorded by Otis Redding and Mae West! Just one of them songs that hangs around. "Treat Her Right." That'll be on my tombstone.