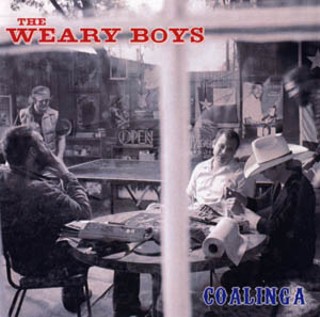 
The Weary Boys' sixth and final album closes with an appropriately funereal air, Southwestern horns leading the dirge of "The Last Stand of El Sordo" into a fateful showdown. Rather than going out in a blaze of strings, however, Coalinga sounds as if the band's already resigned to its ruin. The album's instrumental bookends constitute the only original numbers following the departure of principal songwriter Mario Matteoli, and the traditionals, though well-chosen, largely lack the energy and emotion that have separated the group from other string bands. The addition of picker Matt Downing on banjo defines much of the sound alongside Brian Salvi's fiddle, most impressively merging on "Little Girl of Mine in Tennessee" and "Theme Time," yet "Blue Yodel #4" pines for Jimmie Rodgers' original, and their take on "The Orange Blossom Special" is comparatively listless. The Weary Boys leave behind a legacy of Good Times, but Coalinga turns up a disappointing swan song.