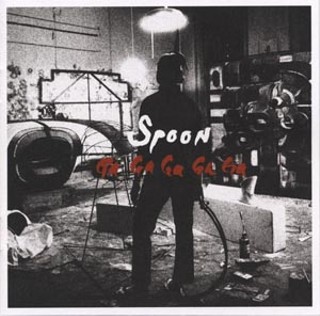 Those first few chugs are as familiar as the smell of morning coffee, each one aggressive, serious. Spoon's sixth LP beams with decades of research and development by one Britt Daniel. And just like the signature sounds that came before ("Everything Hits at Once" from Girls Can Tell, Kill the Moonlight's "Small Stakes") Ga Ga Ga Ga Ga takes off with the pure essence of the now-trans-American fourpiece with "Don't Make Me a Target." The difference between GGGGG and the rest lies in the remainder of the so-short 10-song success, partly due to the best sound producer Mike "the Wizard" McCarthy has ever achieved. Effected resonance bounces off the walls of a haunted house in the elegant and sad "The Ghost of You Lingers." The timeline then pulls into Motown with the immediately addictive "You Got Yr. Cherry Bomb," hiccupping clap-along "Don't You Evah," and Sixties garage rocker "Rhthm & Soul." Spelling? Secondary. "Eddie's Ragga" explodes in Austin-via-Jamaica wordplay, but "The Underdog" might be the sound of the new Spoon: intimate, secure, and forever playful. Following the potentially jarring flamenco guitar solo of "My Little Japanese Cigarette Case," the Purple One's influence sticks to tasty start-stopper "Finer Feelings" (hear: "Pop Life"), and after a salty dose of melancholy in closing love song "Black Like Me," it's all over. Thirty-six minutes of a detailed, agonizing shot in the arm, a veritable buffet of musical stylings, each song bettering the one before, from a band that just as easily could've released a new version of Gimme Fiction. The title? Incidental. Pour me another cup, please.