As the Solid Senders' smoky-voiced vocalist, Spencer Thomas made the girls swoon and the guys wanna play in his band. The 11 originals on Voodoo Dream prove he's lost none of that style, stitching bluesy Texas shuffles with enough swampy Louisiana soul and Chicago punch to ensure this CD will be one of the underrated releases of Austin's 2007.

The home-brewed flavor of Come and Take It isn't diluted by Paul Pearcy's so-so vocals because they suit his back-porch country-folk-rock just fine. Besides, Pearcy spent more than three decades as drummer to the likes of Willie Nelson and the Dixie Chicks. That experience embellished his songwriting ability – Townes Van Zandt wrote the only cover – creating this charming, roots-lite recording.

Onetime Cobra Larry Lange's love of regional gems and belly-rubbing classics from San Antonio to Lafayette, La., and all Gulf Coast points in between plays like KUT's Twine Time live on this debut CD. Guests such as Little Joe Hernandez and the Lonely Knights' secret weapon, drummer Michael Christian, make this the ultimate date CD for the fiftysomething set or those under-fiftysomethings with good taste.

As lead guitarist for High Noon, Sean Mencher plays rockabilly with a stylish edge that serves this solo affair well. With an upright bass behind him, Mencher strikes not just the right roots chord, but also Cajun two-steps, Mexican flair, and enough jazzy touches to raise this above the usual one-trick pony that all too often passes for rockabilly. 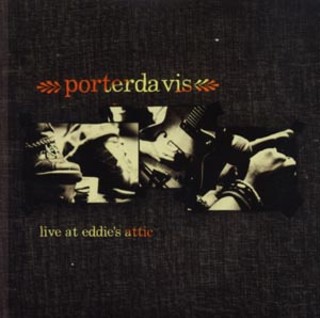 Austin voters missed the boat this year when Porterdavis didn't even make the Best New Band Top 10 at the AMAs, but this CD ensures they'll place high in the roots-rock category next year. They're a bit novel in format – three vocalists backed only by acoustic guitar, harp, and hand percussion – but Live at Eddie's Attic mixes solid originals and well-chosen covers with excellent vocals.