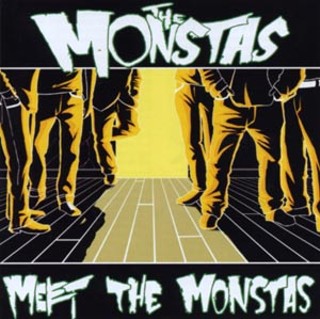 You've met the Monstas before. Ernie Durawa is a fixture on the Texas-drummer scene, having played with Doug Sahm, the Texas Tornados, Los Jazz Vatos, and countless others. Brian Mitchell is the first-call keyboardist whose credits include Bob (Dylan), Al (Green), and Levon (Helm). Add weighty pros Matt Smith, Rich Stanmyre, Aaron Lack, and Joe Morales, and the scales are tipped. Meet the Monstas' opening track, "Crawfish Funk," doubles as a description of the Monstas' mash. On the surface, it's a Texas-New York tribute to New Orleans, replete with second-line rhythms, boogie-woogie piano, and a spot-on cover of Dr. John's "Such a Night." Underneath, it's an organic conglomeration full of surprises, like a soulful version of the San Antonio chestnut "Talk to Me," sung by Joe Morales, and Delbert McClinton's "I Want to Love You." As a group, the Monstas create divinely danceable music with the vaguely soul-retro "Rainy Daze" and a Tom Waits tip o' the battered felt hat on "Junkie for Your Love." Just when you think you know their sound, along comes Aaron Lack's steel pan drum adding that Caribbean touch to Mitchell's instrumental "Chicken Wings." That's where the Monstas' strength lies: not only in their musicianship but with Brian Mitchell, whose Dr. John-ish vocals and stylish ivory-tickling enhances his stellar songwriting on "Tango" and "I Only Smoke When I'm With You." Smoking is right.