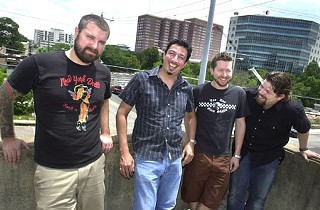 Let's face it, the record industry is dead. The paradigm shift into the digital age is dominoing into increased consolidation of independent entertainment companies looking to strengthen their ability to compete with larger corporations, as noted last month by The New York Times in regard to Manhattan's new Bowery Presents outfit.

Last week, a new conglomerate crested on Austin's Red River. Transmission Entertainment, a booking and event-production venture formed by former Emo's head talent buyer Graham Williams, Mohawk owner James Moody, Club de Ville owner and Lamberts partner Michael Terrazas, and Super!Alright!'s Chris Butler, will work with local booker and band manager Rosa Madriz of Green Potato Ventures, as well as live-music venues like Beerland and Beauty Bar, to host events around town. "We're based out of a much smaller and more progressive indie community," Williams contends. "Our goal is to create a network that enables us to match the right stage with the right band and then to grow with those bands as their demand increases." The company hopes to achieve that growth by filming and releasing concert footage through various online avenues. "We want people outside of Austin to be able to experience what it's like here," Butler adds. Transmission recently recorded the White Denim CD release at Mohawk and has plans to do the same for the Pinker Tones' July 19 performance. Coinciding with the consolidation is a series of renovations at Club de Ville and Mohawk, both meant to increase capacities at the clubs. 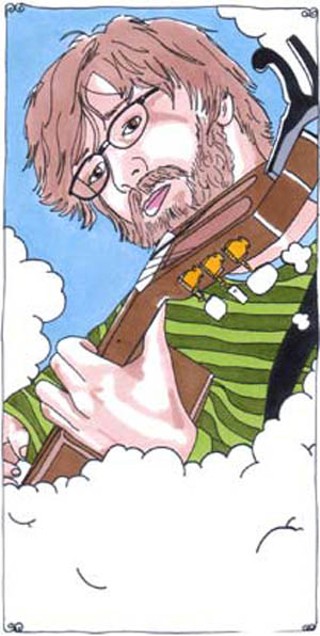 One venue that won't be involved with the operation is Emo's. The local punk and indie mainstay announced earlier this week that it has aligned itself with C3 Presents, formerly known as Charles Attal Presents, which books, produces, and promotes more than 800 events nationwide each year including Lollapalooza, the Austin City Limits Music Festival, and shows at Stubb's, while also managing a roster of musicians and athletes like What Made Milwaukee Famous and Lance Armstong. The club is seeking a national talent buyer to supplement local bookers Mike Booher, former Back Room promoter Deb Gill, and Timmy Hefner from the Chaos in Tejas hardcore festival. "I assure you, nothing is going to change under this roof," vows Emo's owner Frank Hendrix in regards to the new partnership. The club has rebooked a substantial portion of its fall lineup following Williams' departure.

To counter, Transmission has signed on as the exclusive booker for Direct Event's La Zona Rosa, according to Terrazas, and will work closely with Eastside bar the Scoot Inn, which is currently in negotiations to extend into the adjacent property, increasing its capacity to 1,000, the same as Emo's outside room. This arrangement will put the two enterprises in direct competition and will likely make it even more difficult for smaller, unaffiliated entities like the Whisky Bar and the Parish to compete for notable bookings. Transmission won't dispatch its first wave of shows until early August, but Williams confides that the second annual Fun Fun Fun Fest will be held Nov. 3-4 at Waterloo Park, featuring Of Montreal, New Pornographers, Explosions in the Sky, Girl Talk, the Sword, Ted Leo & the Pharmacists, Angry Samoans, the Saints, Lifetime, and the Fucking Champs.

• The Austin Lounge Lizards' sardonic cover of Irving Berlin's "(I'll See You in) C-U-B-A," from their 1991 live album, Lizard Vision, recorded at the Waterloo Ice House, appears in Michael Moore's new documentary on the American health-care system, Sicko, in which the director helps a group of ailing 9/11 workers score pills in the Caribbean republic. Substitutable Lizards songs include "Progenitorivox," "Go Ahead and Die," and the title track to their 2006 release, The Drugs I Need.

• Local instrumental luminaries the Octopus Project, whose long-awaited and currently unnamed third LP drops on Peek-a-Boo Records this fall, will join the Ice Cream Man and electronic wizard Dan Deacon in New York on Sunday at McCarren Park Pool. The free show is part of a nine-week series that will also include a performance by Ghostland Observatory on Aug. 19, as well as Blonde Redhead, TV on the Radio, and Sonic Youth.

• Spots aboard the Widespread Panic party bus went faster than most can roll a joint, but everyone is still welcome to the pre- and post-grassroots gathering at Club 115, kicking off at noon with free hot dogs and hamburgers. Tickets remain on sale for all three shows, beginning Friday night, at the Backyard.

Local post-rock outfit Explosions in the Sky finally received its own Friday Night Lights, becoming the first instrumental act to grace the Austin City Limits soundstage. The quartet demonstrated its breathless cosmic beauty and glittering blackness through two seamless 24-minute sets, commencing with "The Only Moment We Were Alone," whose melodic hypnosis was abruptly shattered by the opening feedback flare and subsequent cinematic crescendo of "With Tired Eyes, Tired Minds, Tired Souls We Slept." The second act soared higher. "Yasmin the Light" cued close-ups as the frontline dropped to its hands and knees before their barrier of pedals, percussive catalyst Christopher Hrasky then fusing "Catastrophe and the Cure" with canonizing closer "Memorial." Unfortunately, only one set will air on PBS.

As the digital equivalent of John Peel's infamous BBC Radio 1 sessions, Daytrotter.com is promoting and preserving today's fickle indie-music scene through exclusive and downloadable performances, recorded straight to tape at the Futureappletree Studio One in Rock Island, Ill. The site, which was launched March 2006 by Sean Moeller and engineer Patrick Stolley, features roughly two bands per week, each playing four-song sets. And like Peel, whose influential tapings included the Jesus Lizard, Butthole Surfers, Trail of Dead, and Bill Callahan, Daytrotter keeps a keen eye on Austin. "Everything traces back to Sound Team," Moeller says. The Team retreated to the Daytrotter hideout following their midday stint at Lollapalooza last summer and returned the favor in March during South by Southwest. "We basically took over the band's Big Orange [studio] for the week," Moeller recalls. "We slept on the floor of the control room in sleeping bags without showers or restrooms. I think we're still recovering." In five days Daytrotter logged 27 sessions, including spots from the Mountain Goats, Richard Swift, and the Ladybug Transistor, plus a handful of local acts. Gracious host Bill Baird tested out new material (check out "Civil War"), Voxtrot previewed songs from their debut LP, and Peter & the Wolf laid down a remarkable Tin Pan Alley rendition of "Silent Movies." "Some of those new songs we performed will never appear in that form again," says Shawn Jones, whose Lovely Sparrows boasted more than 800 downloads of their stellar session posted last week. "Those moments would have been lost forever." Friday, the site spotlights Centro-matic's Will Johnson, followed by another Sound Team series next week.

Get wired for a great cause this Saturday at Cafe Caffeine. The South Austin hot spot is hosting a 14-band benefit and silent auction for ailing Crack Pipes guitarist Billy Steve Korpi, who is still undergoing chemotherapy after being diagnosed with acute lymphocytic leukemia in April. Music begins at noon, with William Kelly and Troy Dillinger, and will wrap around midnight with Jesus Christ Superfly and Austin's premier Devo tribute band, Big Mess. Progress Coffee and Clementine Coffee Bar, meanwhile, are stirring up buzz on the Eastside. Both shops have been staging shows; the latter roasts Mouse About and Dum Dum & the Smarties Friday, followed by Francisco Castruita Saturday. Flipnotics' new coffee house at the Triangle is now open and hosting live music daily.
Music news
More Off the Record columns