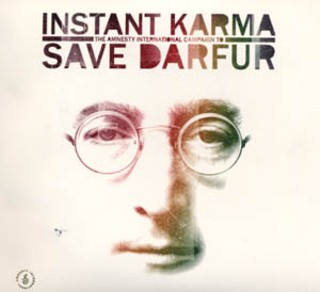 By 2003, Sudan was already impoverished, famine-stricken, and plagued by decades of tribal warfare. Then President Omar al-Bashir's authoritarian regime enlisted mercenaries known as Janjaweed ("devil on horseback" in Arabic) to help quash rebels in the western Darfur region, the largest African nation by area becoming a literal hell on earth: widespread kidnapping and rape, an estimated 200,000 dead and 2.5 million made refugees. Sadly, the situation is unlikely to improve no matter how many F-bombs Green Day drops in "Working Class Hero." This 2-CD fundraiser, produced by and benefiting Amnesty International, is a much nobler use of John Lennon's music than last month's Sgt. Pepper/American Idol catastrophe, but like most of its charity-minded compilation brethren, it's a hit-and-miss affair at best. Beyond leadoff hitters U2, reliably anthemic on "Instant Karma," and R.E.M., returning to form on "#9 Dream," its artists and songs have apparently been paired at random, so the best most can hope for is to avoid total embarrassment. So take a bow, Lenny Kravitz ("Cold Turkey"), Avril Lavigne ("Imagine"), Matisyahu ("Watching the Wheels"), Snow Patrol ("Isolation"), and Big & Rich ("Nobody Told Me"). Darfurians would love to thank you personally, I'm sure, but they're preoccupied with survival right now.