Stefanie Fix isn't from Austin, and that's easy to surmise upon hearing her new CD, Crooked Smile. That's because Austin singer-songwriters, especially the women, have a bit of self-consciousness about them. It's road-well-traveled and tough to come close to what the best have done before. Fortunately, Fix doesn't seem the least bit intimidated and saunters forth with a solid sophomore effort that polishes her indie rock edge. Production work by Stephen Doster and Johnny Goudie approximates a meeting of the minds: Fix has a fine pop sensibility about her music ("Holy Shit, Ma," "Walking Shoes") tempered by experience, intelligence, and expressive vocals. Hope she's this good live. LZ Love's debut, Higher Ground, was her calling card into Austin's languishing R&B scene, and her new live Gut Bucket Blues disc is the thank-you. Recorded with her longtime guitarist, the estimable Lightning Red, GBB collects nine mostly original tracks with Willie Dixon ("Wang Dang Doodle") and Jimmy Reed ("Baby, What You Want Me to Do") thrown in for good measure. Love has one of the best voices in Austin, and teamed with Lightning Red's acoustic guitar, it's applied with great care and thought. This platter could be one of the sleeper hits of the year. Girlie Action patted Erin Jaimes' back for her bluesy debut a couple of years back and suggested she develop some bad habits. She did and named her band Bad Habits. With Soul Garden, Jaimes' blues have bloomed. Opening with the self-penned title track, Garden displays a firm grasp of soul songwriting, and like Sue Foley's early recordings when the once-local guitarist hadn't quite found her vocal style, Jaimes fearlessly tackles ballads ("Fear"), shuffles ("Tell Me Why"), Delta blues ("Tuck Him In"), and rockers ("I Don't Mind") with accompaniment variously from Carolyn Wonderland, Beth Garner, and Eve Monsees. Jaimes is still doing her homework, but she's the one trying hardest. 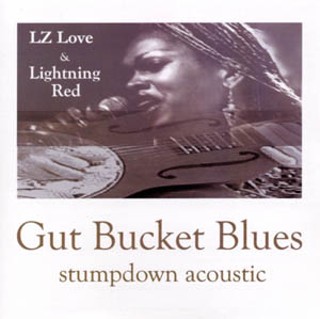