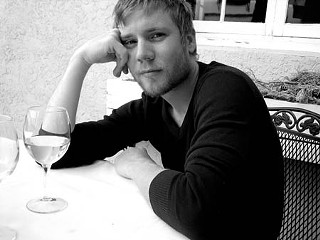 "I've got to convince myself first that I can actually pull off whatever idea I come up with," Perlaky says over a double espresso at Spider House, the site of one of his two SXSW 07 day parties. "It's all about networking. I'm using every single resource I have available to me. You've got to get as many people to owe you something as possible, and you've got to work on a shoestring budget."

After forming as a publicity company in 2004, Indierect's first signee, Purchase New York, quickly folded. Ghostland Observatory then launched itself from the platform the label provided, taking their entire inventory with them. It's a touchy subject to this day. And, the Arm, which Perlaky drove to New York for CMJ in 2005, threw in the towel shortly after the release of their promising second album, Call You Out.

"There's been about 10 times where I've been ready to quit," Perlaky admits. "It's not a business venture, it's an expensive hobby. I don't want to be the fucking Red Cross. There's literally nothing in it for me other than the music. A band has to love it as much as I do."

That appears to be the case with Indierect's top priority, Lomita, which Perlaky also manages.

"They have all the elements that were lacking in the other bands I've worked with," he proclaims. "Lomita has the pure musicianship, attitude, professionalism, and ability to both create and perform without paying any regard to the audience size. I've been lucky enough to where I can do what I want to do for a living. I want to give that to Lomita. It's like having a kid that you want to have the best opportunity."