Bavu Blakes is not afraid "Ask any DJ in Texas who made their own lane and got respected, accepted in all rap circles, not rejected." – Mr. Blakes from The Woodgrain Collection

For every inebriated thug hogging a microphone, there's a preppy poet MC advancing an organized backlash against the cruelty of the streets. Austin rapper Bavu Blakes stands with arms outstretched at that very crossroad. Whereas most of his ilk expend the brunt of their product-placement energy defining themselves by way of a specific and unwavering identity, the 32-year-old Blakes hedges his bets by seamlessly juxtaposing his lyrics against any given shade of Lone Star hip-hop. Equally comfortable rocking a Rapid Ric mix as he is fronting the vibrant, jazzy soul of a local D-Madness set, Blakes makes himself available to the full extent of the culture.

Blakes' all-encompassing list of collaborators incorporates a gritty Basswood Lane ("Life Is a Rhythm," Nov. 17, 2006) and Gerald G ("Pirate Utopia," Feb. 2) for every sanitized Strange Fruit Project or Mojoe collaboration. Even a single Blakes song like "Play the Role" can begin as a B-boy anthem as originally produced by Hydroponic Sound System, only to be remixed into a vehicle for unhurried slab riders featuring Paul Wall and Money Waters.

Talk to just about any hip-hop artist in Central Texas, and odds are that at one point or another they've engaged in some sort of creative exchange with the enigmatic "Mr. Blakes," who's begun using a more formal moniker as a way to segue between audiences of varying maturity. Yet just as his efforts toward musical diversity make the deliberate point that barriers between rap subgenres should never be considered as impassable, Blakes' resolute baritone maintains that one doesn't necessarily have to compromise one's own will to break bread with others.

"A child of Louisiana hood visionaries, damn near missionaries, named me 'Force' and prepared me to be that." – Mr. Blakes from The Woodgrain Collection

Born in Washington, D.C., as his bayou-bred parents studied at Howard University, Bavu Blakes found himself ear-deep in African-American culture.

"My mom always said that I had a favorite record before I was born," he chuckles. "It was Hugh Masekela's I Am Not Afraid, and any time she'd play it when I was 1, 2, 3 years old, I would recognize it and ask to see the elephant on its album cover."

Meticulously raised as a focused black nationalist, Bavu cut his teeth at a private elementary school that "would appoint you an African name if you didn't show up there with one already." The youngster's sense of normalcy turned upside down when his father took a job as a mechanical engineer, and the family relocated to the Dallas/Fort Worth suburb of Garland.

"For the first eight years of your life, you're like the blackest of the black people in D.C., and then suddenly you're lost in the white sea of Garland," points out the rapper. "At home, it's the same, family reunions and all of that, but what I experienced away from home definitely rounded me out as a person by the time I got out of high school."

"You have to learn from people who part of yourself tells you are difficult to trust." – Stanford University social psychologist Claude Steele

The reconciliation between how an African-American perceives himself and how others see him through the template of a racial stereotype produces a lifelong conundrum. Surrounded by unfamiliar faces and agendas, Blakes worked past the sweeping assumptions of his Garland predicament by treating it as a learning experience.

Having quit high school band in order to work for the school newspaper, Blakes augmented his studies in journalism at the University of Texas at Austin by freestyling up a storm at campus parties. His deadpan annunciation and ability to improvise over a wide variety of beats, including notable Reelakts crew favorite "When Doves Cry" quickly earned the wordsmith a reputation as a local rap up-and-comer.

In 1995, when Blakes jumped onstage at Catfish Station ("Wake-Up Call," July 22, 2005) for a friendly battle with Tash of tha Alkaholiks, the UT senior and Longhorns sports editor still planned to concentrate on a career in journalism. But the wildfire hype produced by Blakes' stage-stealing lyrical triumph over Tash proved too much for an artist-at-heart to ignore, and thus a decision to pursue a full-time rap career eventually followed suit.

A few years down the line, as Hip-Hop Humpday gathered steam as a weekly event at the Mercury (now the Parish), Blakes realized that the tasks of a master of ceremonies were in many cases one and the same with the functions of a cultural ambassador. "Being able to deal with different segments of the community as an artist, it gives you an extra edge because most rap artists spend all of their time on one corner," he explains.

"In time, I figured out that it pays to touch as many different corners as possible and relate to all types of people, whether that be college kids, suburban kids, ghetto kids, people singing in the choir at church, or people playing horn in the marching band."

In order to effectively maneuver between what many consider to be diametrically opposed rap scenes, Blakes has played both sides of the fence utilizing as inconspicuous a degree of code-switching as possible. It's a fine line that divides being a magnanimous diplomat and a two-faced hypocrite, yet Blakes has managed to appease screwheads and boom-bappers alike with all of the calculation of a keen minister. At the risk of being labeled as incorrigible by one group, and far too stringently square by the other, Blakes cunningly manipulates the philosophical differences between camps to his own advantage.

"The more mature you get, the more you know what you're getting into before you step into it," he nods. "It's my job to have the temperament to try and get the sales. That's what I'm there for. A friend of mine says that people don't really buy music or styles of music; they buy personalities.

"If I'm trying to sell you a CD, I'm in a pretty humble position, asking you to spend your money just because I say so, especially since you just paid $30 to $40 to see some other artist. There's going to be a certain number of people at any show that I post up at who will already know who I am, and they're just going to buy a CD.

"But to those people who aren't aware of me from Adam, I have to be humble about it, or I'm selling the wrong personality."

"I went from worrying how some rappers hate me to having backers and actual supporters who advocate me." – Mr. Blakes from The Woodgrain Collection

Blakes' initial reward for helping Rapid Ric adorn his Whut It Dew Family trophy case ("What It Dew," May 20, 2005) with the effervescence of Austin crown jewels Gerald G, Black Mike, and D-Madness rears its head as the 29-track mix CD The Woodgrain Collection. As songs including "Sacrifice" and "So Many Buddies" carry the torch for the golden-age standards of hip-hop mastery, a dizzying array of thoughtful concepts results in Rapid Ric's most articulate project to date.

Last year, as part of a never-ending quest to make his voice useful in as many areas as possible, Blakes began hosting an R&B video program on Austin's ME Television. Evidently, he made the most of the opportunity: Last month he became the station's new urban music director. With a networking vantage point second to none and an established reputation for building up the mystique of those around him, Blakes welcomes the politics of his new position. Now that local rappers who perceive themselves in direct competition with him will be forced to route their videos through Blakes' care, issues of community trust will certainly come into question whenever someone's submitted video fails to garner airtime.

Even if Blakes' next proper album is titled Too Selfish, as he suggests it might be, never assume that in life it's his actual order of operation. Such a title only challenges his growing fan base to question preconceived notions they might reserve for rappers as wholly egocentric. There really isn't much he does that doesn't hold the futility of projecting regimented absolutes over a barrel of blessed ambiguity. Just when you find yourself surprised by another one of Blakes' latest ventures, it dawns on you that it's serendipitously planned and ultimately makes perfect sense. There's a method to the madness he stresses.

"I just hope that with the resources and experience that I have at my disposal that I'm able to help pull up some of the talented people around me." This full-length plays like an aural dissertation as directed by a studio cast including Ter'ell Shahid, D-Madness, Adrian Quesada, DJ Massive, and Obadele Thompson.

If this reworking of an already strong single doesn't rock your world, its video with an extended cameo by the BBoy City dancers will.

A duo of Dallas-to-Austin transplants kicks its stirrups into the then-skinny hips of ATX rap.

Southern-fried soul accompanied with all the fixin's that Whut It Dew Family members Gerald G, Black Mike, and Chalie Boy could muster. Tee Double
The Return of the Artform (Record Review) 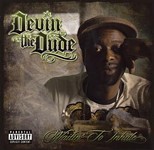