'I Live in Trios' 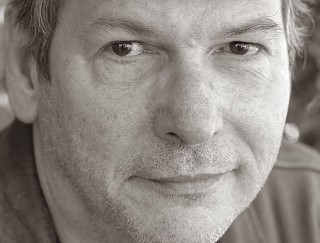 Though he's known for playing in two of rock's most famous trios, Johnny Winter and Stevie Ray Vaughan & Double Trouble, Tommy Shannon has distinguished his résumé by playing in six trios throughout his lifetime. That's why when asked to comment on his experience, his reply is quick: "Oh yeah! I live in trios!"

That wasn't true for his early days of playing music in the Sixties. The Tucson-born bassist moved to Dumas, Texas, in 1955 where he began picking guitar in a high school group called the Avengers. After high school, he migrated to Dallas, playing soul music with the New Breed. Among his bandmates was a well-respected drummer from Beaumont known as "Uncle" John Turner.

He and Shannon teamed up in a series of acts until Turner moved back to Houston to play in a cover band with his childhood friend, a guitarist named Johnny Winter. Turner pushed them to play blues, which seemed like a pipe dream until the three underwent a transcendental experience watching Jimi Hendrix live in 1968. Turner dubbed them the Progressive Blues Experiment, and they began making the rounds of the famous rock ballrooms of the day, including Austin's Vulcan Gas Company on Congress Avenue.

Turner's moniker lasted until Clive Davis signed the band to Columbia Records in 1969, where they recorded simply as Johnny Winter. The three left Texas for New York, touring and playing such historic festivals as Woodstock, but the trio was short-lived, breaking up after releasing three albums, two for Columbia. By 1970, the rhythm section was headed west, joining a group of Texpatriates in California called Krackerjack. There, the high life became Shannon's downfall.

Moving back to Texas, Shannon played briefly in Blackbird with a young Dallas guitarist he'd met a few years before, Stevie Ray Vaughan. Once Blackbird flew south, Shannon was drafted by Austin six-stringer Van Wilks for his hard-rock trio Fools. Despite their enormous popularity in the mid-Seventies, Shannon managed only about two years in Fools.

The drugs got worse. Shannon went into rehab. He came out disoriented and lost, taking jobs laying bricks instead of playing bass. Slowly things turned around as he picked up work in trios with Rocky Hill, brother of ZZ Top's Dusty Hill, in Houston, and then with Alan Haynes. One night, he ran into Vaughan, and once more they clicked. In 1980, Tommy Shannon joined Double Trouble.

Thus begun the well-documented decade of Shannon's life: the success and fame, the Grammys, the second fall into drugs and alcohol, the second stint in rehab, the sweet victory of overcoming addiction, a new life to enjoy, and the horrific news in the early hours of August 1990 that cruelly ended his dream.

The death of Stevie Ray Vaughan wasn't the end of Shannon's career, though. He joined the Arc Angels, then Storyville, and even released an album with Chris Layton as Double Trouble. Along the way, the Rolling Stones flew him to New York to audition for the departing Bill Wyman.

"I know they liked me, liked the way I played," he recalls with obvious pride. "They called Guitar Player magazine to get in touch with me, and I said, 'Hell yeah, give them my number!' I don't know who else tried out because they kept us all in different hotels. It was only supposed to be 30 minutes, but they kept me there over an hour. I played 'Brown Sugar' and 'Start Me Up,' and they threw in a few ringers. They finally picked Daryl Jones, but it was an honor just to be there with them.

"Playing with Stevie was the greatest experience of my life. He was my best friend. Storyville and the Arc Angels were something different. David Holt and David Grissom were so good together [in Storyville]. I got so used to Holt; he was always on my side of the stage and an excellent rhythm guitar. He and I would lock in and not budge."

Tommy Shannon and his wife Kumi live in town these days, keeping a Hill Country home for the horses she raises. He treasures his memories and collects instruments, including a 1962 Fender Jazz bass played by Jimi Hendrix. Though it's been 20 years since he's gotten high, he battles hepatitis C and other ailments. He prefers not to tour but likes the variety of bands he splits his time with.

"I'm playing in three bands these days. We got some gigs with Storyville, some Arc Angels this summer, and I play some with Joe Ely. Chris went out with Kenny Wayne Shepherd, but I didn't go because the tour was just too fucking long.

"A lot of people are worried about me, but my health is better. I did go into the hospital for four days a while back, but I feel great. I'm taking care of my body and trying to take care of my mind. I feel like I am in very good health."