The Power of Three

Little ol' bands from Texas keep it 'lean and mean' 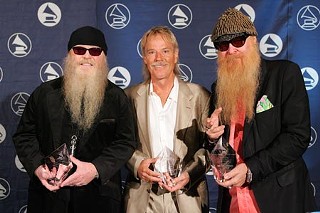 Gibbons would know. He's the founder and master guitarist/songwriter for ZZ Top, the holy trinity of Texas bands. In their fourth decade of performing and recording, the little ol' band from Texas is still so popular, they're "actually pleading with management for an intimate booking along the tour trail which, we believe, is on schedule in Austin for an appearance at the Backyard. All right!"

The "intimate booking" sold out its first night, this Saturday, in seven hours, and the second is likely to sell out the night of the show, Sunday. That says a lot about ZZ Top and their earthy boogie-swagger, but it also says a lot for the appeal of trios. In rock & roll, two's company, but three's never a crowd. You might call it the power of three.

The introduction of electric amplification around the 1930s put instruments on equal sonic footing with one another as the plugged-in bass met its match in high-watt guitar and a miked bass drum. A decade later, electric guitar and amp pairings could be purchased through the almighty Sears catalog. By the time rock reared its four-four head in the early 1950s, the music wasn't just fast; it was loud.

That suited the bands of the era just dandy, especially rockabilly groups that prided themselves on a stripped-down sound. As employed by vocal combos, jazz and blues ensembles like Oscar Peterson and Muddy Waters, and classical threesomes for decades before, the trio was a standard musical configuration. Yet something about a trio's compact nature, mobility, and independence lent itself naturally to the rowdy, burgeoning genre of rock & roll.

Though outfits such as the Blue Moon Boys, Johnny Burnette Trio, and Buddy Holly's Crickets paved the way, trios virtually reinvented themselves after the British Invasion of 1964 because bands like the Beatles, Kinks, Rolling Stones, and the Animals made quartets and quintets the configuration du jour. In 1967, both Fresh Cream and Are You Experienced hit America, making superstars of Cream and the Jimi Hendrix Experience overnight. It also made trios a viable option once again.

The trio had already recorded under the moniker the Progressive Blues Experiment by the time Johnny Winter was released in 1969. Winter immediately achieved the godlike status accorded Hendrix and Clapton, and his encyclopedic knowledge of blues rubbed off heavily on Shannon, who later played with Stevie Ray Vaughan & Double Trouble (see sidebar). Shannon had plenty of experience playing the rock hits and soul music so popular during the 1960s, but a blues trio was a whole 'nother bag for him.

"There's a real art to a trio," Shannon muses. "First of all, you have to have a really good guitar player who understands rhythm and rhythm guitar. You don't want to leave a hole in there. You have to constantly work.

"Johnny Winter was a good trio player," continues the bassist. "Johnny taught me a lot. Used to be I'd look at a Cream album and see Robert Johnson's name and think, 'That must be some friend of theirs.' I didn't know shit about the blues, couldn't play them well or anything. One night Johnny sat me down for about six hours and started back with slave field hollers and took me up through country blues then electric blues to the present. I got it. After that, I could play blues."

Groove is an almost spiritual experience for Tommy Shannon. 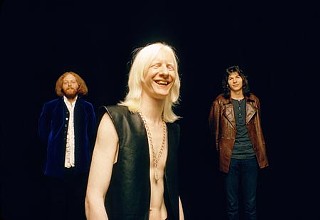 "You feel it when you're playing," he asserts. "All that power coming out, and you don't have to budge; just stay in the groove. Everything else takes care of itself. It's definitely a spiritual thing and lifts you up. Some of the most spiritual moments of my life are onstage playing."

Drums, bass, guitar: the least amount of instruments for the true rock & roll sound. No keyboard swell, honkin' horns, soaring strings, or rhythm player to hide behind. The power of the trio is that it lies in thirds, but the guitarist is the key. For some threesomes that's the downfall, Shannon believes.

"A problem with a lot of trios is that the guitar player steps up to play a solo, then steps back and tinkers around on guitar instead of playing a cool rhythm until it's time for the next solo," explains the bassist. "That's when a trio doesn't work. When you have three guys up there, it's so much easier to keep a groove. It's harder with five guys. With a trio, you can keep it really tight.

"When Stevie played a solo, nothing fell out. He'd be soloing and then go into the rhythm then go back up and down the neck. Best trio player I ever played with. We were a trio that sounded like five people."

"Uncle" John Turner, like Winter, was born to the blues. Raised in Port Arthur, just down the road from Beaumont and over the Sabine River, Turner's Texas and neighboring Louisiana came by the blues that saturated his life naturally. Turner is also a veteran of numerous trios, beginning with Johnny Winter and continuing to the present, as he heads up his own eponymous threepiece.

"When I was growing up," he chuckles, "the object of the game was to get as big a band as you could afford – horn bands. We cut our teeth on bands like the Boogie Kings. Slowly but surely economics whittled it down.

"Johnny Winter played so much guitar, he didn't need any help. On old R&B records, the guitar and bass parts were not very important. We'd let the guitar or bass play the most prominent horn part. When I first heard Jimi Hendrix play, his guitar parts sounded like a horn section to us. He came from a musical background where that was the natural thing for him to do. Hendrix and Cream were the first [rock] trios to work like that, and Johnny Winter was right behind them."

Rock & roll has taken its toll on Turner who, like Shannon, battles hepatitis C. Yet the lessons learned outweigh the damage done. It was Turner who pushed Winter to quit the cover songs and embrace the blues. He came up with the original band name, the Progressive Blues Experiment, and understood instinctively how the trio dynamic worked.

"The drummer has to incorporate the prominent part of the rhythm," explains Turner. "If need be, you add punches and accents to get the feeling of a larger band. On the other hand, when you have original music, you don't worry about that. You write music for a trio. That's what Johnny Winter did. He wrote songs for a trio. Making a trio work is understanding how to adapt that larger-band sound."

The real secret to a trio is, Turner insists, three words:

Another Texan paid attention as Winter and company stormed the country. Houston-born Billy Gibbons took richly deserved pride in opening Hendrix's 1968 tour with his band the Moving Sidewalks. The Voodoo Chile approved of Gibbons' fuel-injected Texas blues-rock, declaring him a favorite guitarist. The Moving Sidewalks spawned one classic regional hit with "99th Floor," then broke up. 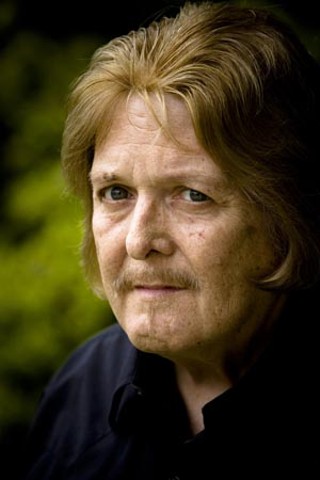 Gibbons had long been taken by trios, citing Jimmy Reed's famed lineup with Eddie Taylor on guitar. He reels off favorite outfits like Eliminator riffs.

"Bo Diddley's outfit – Bo, Jerome Green, and Clifton James," begins Gibbons. "Now that's a trio: guitar, a drum, and maracas! The Jimmy Smith Trio featuring B-3, [Kenny] Burrell on guitar, and Grady Tate. Smashing stuff. The Jimi Hendrix Experience and Cream ain't nothin' short of stupendous. All killer [trios] doing it on the shy side and doing it as you like it."

Free to start another band of his own musical direction, Gibbons formed a trio he called ZZ Top. Led by his blues-sharpened, rock-hard buzz-saw guitar with thundering bassist Dusty Hill and lightning-quick Frank Beard on drums, the band may be the most successful U.S. rock trio ever, a power trio to the nth degree.

"Sweet and to the point," Gibbons says. "Third time's a charm. [And it's] cheaper than a James Brown revue troupe. When the three in a trio are hittin' it, in the collective groove, mix in a goodly hand of distortion and the 'skinny' gets phat quick."

Still, isn't the temptation to expand the trio?

ZZ Top plays the Backyard Saturday and Sunday, April 14-15. The first night is sold-out, but a few tickets remain for Sunday.

The Waller Creek Boys (with Janis 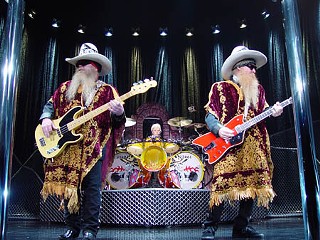