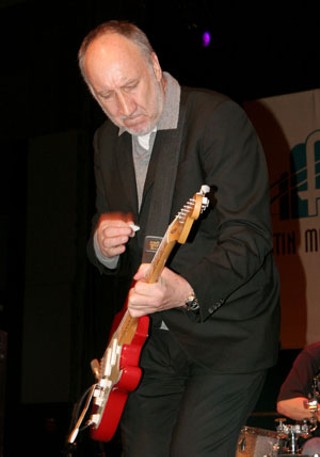 TCB's quintessential South by Southwest moment this year wasn't a song or set by any band. Or panel, party, or chance encounter with Pete Townshend, Slash, Perry Farrell, Kirsten Dunst, or Amy Winehouse. Plenty of people had those, but his was a bit of Internet video from Break.com only 38 seconds long.

A woman has been hauled into an unidentified police station for drunken driving and isn't happy about it. She becomes increasingly agitated, yelling at two deputies, while a hand holding a small object appears in the far left of the frame. It's a Taser gun.

There's a pop, a scream, and the woman falls over like a fence post. In other words, SXSW: a lot of carrying on, a massive jolt of energy, then oblivion. 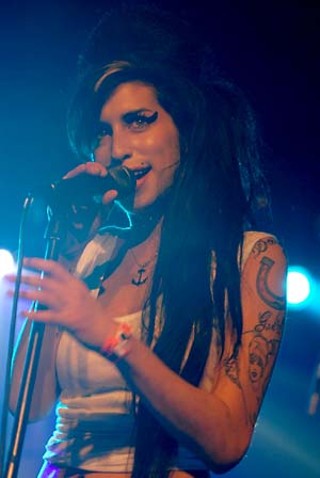 Last Wednesday afternoon at the Mohawk, Austin Mayor Will Wynn said the city had opened its couches, floors, guest rooms, RV campgrounds, and hotels to 1,725 artists and bands, significantly more than the 1,300 or so officially accepted by SXSW. According to News 8 Austin Monday, those performers, and the thousands who had business with them (and SXSW's Film and Interactive counterparts), juiced Austin's economy to the tune of an estimated $40 million last week.

Clubs from all over set up shop wherever they could, like L.A.'s Viper Room at the Apple Bar. Places that aren't normally even open, like the former Fox & Hound restaurant, hosted showcases and parties all week under names like the Fort, the Shed, and 401 Guadalupe. Seattle's KEXP went live from the Austin City Limits studio at KLRU-TV, Santa Monica's KCRW from Tequila Mockingbird, and Cincinnati's WOXY from the just-completed East Austin Recording. Two venues in the Austin Convention Center itself, the Bat Bar and Lone Star Lounge, served as home base for DirecTV and XM Satellite Radio, where Scotland's Cinematics brought Jeff Buckley's mother, Mary Guibert, to tears with their cover of "Grace."

Entering "SXSW 2007" yields 705 hits on YouTube and 1,205 on Google News, from sources as far-flung as NME.com, Rolling Stone, Indie Wire, The Decatur Daily (Ala.), SitePoint Australia, and Peaches' live blog. Everyone, it seems, really is a critic. After his March 15 arrest for what NME terms a "misunderstanding" at the Crowne Plaza Hotel, Walkmen frontman Hamilton Leithauser (out in time for their showcase at Emo's Annex) even posted a review of Travis County Central Booking on the band's Web site: "As far as underground dungeons go, it's pretty convincing."

NBC's The Tonight Show With Jay Leno dispatched Flaming Lips frontman Wayne Coyne for a SXSW report that airs tonight (Thursday). Coyne corralled, among others, UK shock-rockers Antiproduct, who performed with a hastily recruited "street team" of teenagers in front of the Chuggin' Monkey in a textbook example of SXSW self-promotion. 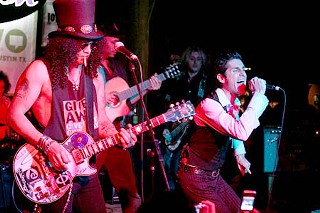 "I was marching up the street making a spectacle," singer Alex Kane said at Elysium's Japan Nite Friday, while wife and bandmate Clare attended to an unconscious girl in the bathroom. "We're going to be on the Tonight Show without spending a dime. That's all the work we've done this week – I mean, the last seven years."

Getting noticed – by anyone, anywhere – is still what drives bands into the maelstrom of SXSW, and sometimes it doesn't take very long at all. To wit, saucy Austin minstrels the White Ghost Shivers landed a European distribution deal and publicist mere hours after their set at the High Times party Saturday.

Andrew W.K. ponders his next party (Photo By Jay West)

Of course, it was hard not to notice Dunst, with Razorlight singer/boyfriend Jonny Burrell, bowing to the Stooges at Stubb's Saturday night; Emmylou Harris waiting for a limousine in front of the Four Seasons Thursday morning; or David Byrne exploring South Congress on his bicycle. Slash milled around Opal Divine's Thursday for Malibu buddies White Star, then departed for Tom Morello's celebrity pickin' party at the Parish, where he joined Farrell, Nuno Bettencourt, Wayne Kramer, and Les Claypool for one of those only-at-SXSW moments. Townshend joining Ian McLagan & the Bump Band at Wednesday's Austin Music Awards and Scotland's Fratellis at Friday's Spin party were but two more.

TCB could fill this entire page with SXSW performers he missed – Winehouse, the Good, the Bad & the Queen, Devin the Dude, the Saints, Hoodoo Gurus, Public Enemy, Elizabeth Cook, Midnight Movies, Beasts of Bourbon – but wouldn't trade any for the ones he didn't: the Ugly Beats, the Yuppie Pricks, and Mistress Stephanie & Her Melodic Cat shaking Habana to its foundations; Ghostland Observatory blowing up La Zona Rosa; Grand Champeen and the Crack Pipes taking Beerland by storm; and Amplified Heat and Tia Carrera dive-bombing Red 7. Booker T. & the MGs, Sharon Jones & the Dap-Kings, and Earl Greyhound supplied some much-needed soul, and Port Arthur's UGK staged the crunkest rap show TCB has ever witnessed (with the best sound, too). SXSW finally staggered to a close late Saturday at the Mohawk, as Moonlight Towers finessed through side two of Abbey Road and the Black Angels unspooled their malevolent drone one last time before departing for a six-week tour with kindred spirits Vietnam.

He was hardly the only one: Jon Pareles of The New York Times loved the Angels, too. By Monday, SXSW's shock waves had mostly receded, although Austin-Bergstrom International Airport booked Elias Haslanger and Seth Walker for one final send-off Monday afternoon. Otherwise, Austin was poised to take a cue from Rehab, a "recovery supplement" (i.e., energy drink) TCB literally stumbled over in front of Beerland Saturday night, and "refresh, recover, revive." The Dumpsters were full, the clubs empty (save Wednesday's Clipse show at Emo's), the hangovers dissipating (mostly). Things are quiet now, but the Taser that is SXSW is already recharging for 2008.

"Pete and I had the most incredible time here," says Townshend's girlfriend and Attic Jam bandmate, Rachel Fuller. "Austin is an incredible town for this Music Festival. We'll be back!"