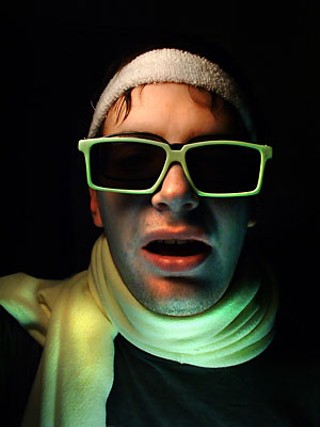 "It all goes back to hip-hop, finding the right breaks and beats," says Gregg Gillis, the Pittsburgh native behind Girl Talk. "I like recontextualing pre-existing music. It's almost a fantasy game where I can have Biggie Smalls and Elton John hang out or have 2 Live Crew and Paul McCartney sing about pussy and love. It's a challenge to bring things together from what's typically seen as two different worlds and to make a natural connection. When it happens, it's a beautiful thing."

Girl Talk's fantasy world has taken a life of its own. Whereas a decade ago, his label, Illegal Art, received a cease and desist order for their compilation Reinventing Beck, Gillis has since been commissioned by that album's namesake and countless others for remix work. He recently started a new project with Hearts of Darknesses' Frank Musarra called Trey Told 'Em to manage the overwhelming amount of requests thrown Girl Talk's way.

"It all breaks down to the way information flows in our society," the recent recipient of Plug's DJ Album of the Year award says. "It builds upon previous ideas. Pretty soon, every third grader is going to know how to make beats on their computer the same way that they know how to make collages in Adobe Photoshop."