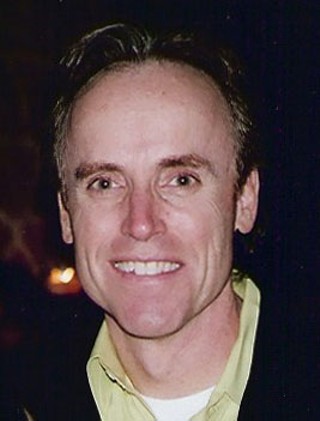 WHO: Jim Pitt handpicks Late Night With Conan O'Brien's musical guests, and SXSW has played a significant role in the process. "I've definitely booked things based on seeing great South by Southwest performances." Those include Los Super Seven, Ozomatli, Spoon, North Mississippi Allstars, and Queens of the Stone Age.

Austin Chronicle: How can a good South by Southwest show translate into a good TV booking?

Jim Pitt: It definitely can. I actually end up giving bands a little bit of a break because the situation isn't always optimal. Maybe it's not the full set they're used to, or maybe they didn't have a soundcheck. Beyond that, it's all about performance. Is the crowd reacting? Some of these are so-called buzz bands; it's important for me to see if the crowd is really into it. Or it could be a band I might not have necessarily heard a lot about, but to see a big crowd that's really into it suggests there's some kind of groundswell.

AC: Is your job easier because you have a host who loves music, or is there more pressure?

JP: It's not so much pressure, but I'm definitely happy when I watch the show and can tell Conan really dug something. When he's happy, I'm happy. Nobody wants to let their boss down, right? At the same time, Conan's always given me the freedom to go further afield.

JP: I was a little gun-shy at first, but I felt strongly, and the more people I asked, the more I could tell the buzz was legitimate. I'm so glad I stuck to my guns. The performance looked and sounded great. And Conan loved it, so that was obviously a successful booking all the way around.

AC: Thirteen years into this, you're competing not just with five other late-night shows but also YouTube and the rest of the Internet, right?

JP: I use YouTube all day. It's a wonderful tool. Granted it's not optimal technically, but you can look at a catalog of live performances like we've never been able to. I found footage of Explosions in the Sky there, to get some indication of what it would be like. The caveat is that you have to take that with a grain of salt. They wound up 10 times better than anything I saw online.

AC: Every booker has their dream get. Who's yours?

JP: For a long time, it was Johnny Cash. That never did happen. But we've had a pretty good couple of years. We did a full show with U2 and a week of Neil Young just a few months apart. It would be great to have [Paul] McCartney – Conan's the world's biggest Beatles fan. Springsteen has done the show, [so] the Max [musical director Weinberg] connection helped. And then there's Bob Dylan. Dylan would obviously be pretty awesome.