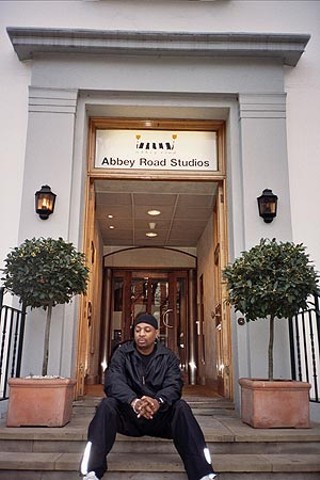 WHO: Chuck D, 20-year leader of Public Enemy, theseminal hip-hop group whose 1990 LP, Fear of a Black Planet, was recently chosen by the Library of Congress for a list of 50 recordings worthy of inclusion in the National Recording Registry.

Austin Chronicle: Once again, it seems like best of the times and the worst of times for hip-hop.

Chuck D: It always is. That's our history. But I think right now hip-hop's value is too often weighed in quantity, not quality. When you just talk about business, I tell people slavery was a booming business in America, one of the strongest businesses America ever had. It was morally and ethically corrupt and bankrupt. We have to watch ourselves when we measure the success of something based wholly on numbers.

AC: Isn't the nature of the record business to focus on dollars and cents?

CD: Sure, but I think its lack of emotional attachment to the art and music has really hurt in the digital transition. To me, a lot of the people who replaced guys like Berry Gordy, Ahmet Ertegün, and Al Bell weren't big enough fans of the music. And you have journalists limited in the knowledge of the music they cover. So the attitude is, "Yesterday don't count; now counts, and tomorrow we'll wait for the next big thing, because today's not that great either." That's a terrible attitude to have. The music business is healthy. The record business is in trouble.

AC: Where does that leave PE? Twenty years in? What's your legacy?

CD: Twenty years and 57 tours. We got our passports in 1987 and have been spreading our dream around the world ever since. We tour the U.S. every four years and meet people who ask, "When are you going to come back through here?" We might not, but that doesn't mean we're not getting down. We come around like an eclipse. We have seven continents to deal with.

AC: Have you always gotten the credit you deserve?

CD: Hip-hop doesn't get the credit it deserves for being diverse and thorough. When hip-hop gets respect as an art form, we get it by default. But people want to talk to us about Flavor of Love, Ali Rap, or our take on Barack Obama. That stuff has nothing to do with our consistency. Controversy has nothing to do with getting down and being good.

We're the Rolling Stones of rap. I don't know if Flavor is Keith or Mick, but our performance is a combination of Run-DMC, the Roots, and Rage Against the Machine. We developed the standard for live hip-hop. We've truly been the group that represents the meaning of hip-hop and rap music, the respect of music as the universal language, and taken that attitude all over the world.

Americans are poor on understanding time, history, and geography. We try to be strong on all those points. Around the world, PE resonates. America needs to get with it. We never fell off. America did.

Public Enemy performs free, Friday, March 16, at Auditorium Shores, 7:45pm. Chuck D is also a panelist for Saturday's Say It Loud, I'm What? and I'm Proud, a discussion about race and music, at the Austin Convention Center, 1:30pm.