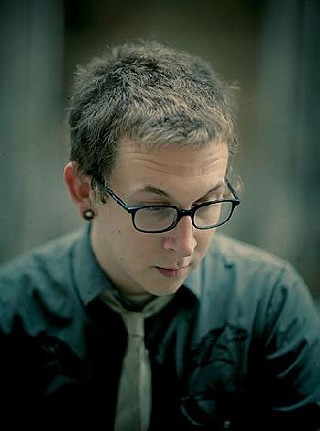 Micah P. Hinson hasn't quite shed the vocal vestiges of his most recent trip to Europe, his thick Texan drawl still improbably parsed with an odd Irish lilt. He also hasn't yet shaken the crippling pain that forced him into back surgery last year, leaving him bedridden for the recording of phenomenal sophomore album Micah P. Hinson and the Opera Circuit.

"Before I went to Europe, I saw a surgeon, and he said that basically the surgery was a failure, and this was the asshole that fuckin' did it," Hinson exclaims. "I couldn't believe it!"

Continually plagued by life's cruel ironies, such as now relying upon prescription drugs he was addicted to as a teen, Hinson's songs keep a tenuous balance between hope and despair. On Opera Circuit, featuring horn and string arrangements by Eric Bachmann, Hinson's deep voice pitches itself lugubriously in defiance to the pain, isolation, and fears of being confined to bed, a situation the restless songwriter loathes to consider again.

"It's a worry and definitely the biggest thing on my mind," Hinson confides. "From the time I wake up to the time I go to bed, it hurts like hell. At gigs, whereas I used to always be moving around and just having a laugh, now I look like fuckin' Roy Orbison just standing there or that tool from Interpol!"

"I'm really glad for all the curveballs, all the things that life has taught me and shown me," he says. "Without all that stuff, I wouldn't be the same, and I don't think the songs would come out the same, either."