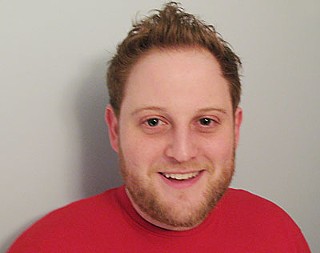 ON MUSIC BLOGS AND SXSW: Originally the Festival's purpose was for labels to discover bands they'd never heard of. And while there's a ton of great stuff I want to see this year, I'm not convinced there's going to be some crazy surprise everyone will discover. I think people now go in with a sense of who the buzz bands are already, and part of that is the music blogs. A&R is happening on the Internet now. Because blogs constantly look for new bands, championing them and watching them grow, South by Southwest might not hold as many surprises as it once did. That doesn't make South by Southwest any less exciting. That we know a little more in advance isn't necessarily a bad thing when there are 1,300 bands.

STATE OF THE MUSIC BLOGS, 2007: I think you're seeing what you see with any kind of niche Web site. Music blogs have multiplied, but there are a few that have risen from the pack with more readers and more trust. And that's great. Who has the time to read 1,000 music blogs every day? And they're definitely more influential than any of us thought. Look at Pitchfork. It's not a blog, but it's bloglike. A lot of the music blogs look to Pitchfork as a huge success story in that young people, industry outsiders, can get their tastes out there and help break bands.

OBVIOUS SXSW PICKS: There's been huge buzz around Peter, Bjorn & John for a year. I saw them recently in New York, and they more than lived up to the hype. A lot of people will line up to see them, but I still think it's worth it. Lily Allen is the same way. Not a surprise pick, but after seeing her live a number of times, she can do no wrong. She's infectious. You're going to have a great time.

LESS OBVIOUS SXSW PICKS: Dappled Cities Fly are from Australia, and they have a terrible name. They're an indie-pop band with a Shins vibe. They released a great record last month on Dangerbird Records, getting a lot of attention on the blogs, but most of us have never seen them live. A friend recently saw the New Violators, a Norwegian band with a cool Eighties New Romantic-redux thing. I love what I've heard but have never seen them, either. I'm sure I'll end up seeing a lot of bands I've already seen, but these are something new to get psyched for.