Like, Love, Lust & the Open Halls of Soul (Barsuk) 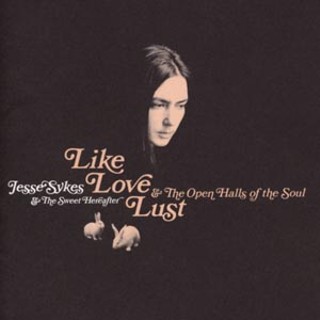 Like, Love, Lust & the Open Halls of the Soul (Barsuk)

Like, Love, Lust, her third album, finds Jesse Sykes recalling everyone from Natalie Maines to Grace Slick. There's electric-guitar-driven alt.country, wispy psychedelic folk, and singer-songwriter navel-gazing in Sykes' sound, but it's put across with an uncompromising frankness that's fascinating. An important part of the album's success is Sykes' band, the Sweet Hereafter, particularly former Whiskeytown guitarist Phil Wandscher, who provides just the right amount of Crazy Horse crunch and David Gilmore atmospherics wherever necessary. The Seattleite's lyrics are abundant with loneliness, but hope is never far away, even if only in the glimmer of the music. This is especially true on the ostensible title track, "LLL," and the gorgeous slow build of "Station Grey." Sykes' voice has a rasp some might find off-putting, but she and her friends have crafted another set of songs that, as whole, are enrapturing. (Saturday, March 17, Mohawk Patio, 12mid)