Time Will Fuse Its Worth (Prosthetic) 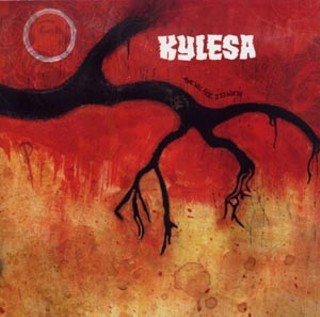 Time Will Fuse Its Worth (Prosthetic)

Dirt under the fingers, caking and cracking until it becomes blood. That's the gist of "What Becomes an End," the tempo-changing behemoth opening Kylesa's second Prosthetic LP. And when it sloooows down, the feeling's so palpable that you're afraid to look over your shoulder. The Savannah, Ga., quintet excels in sludge where others merely spin their wheels, interlocking atmosphere and dynamic, luring then attacking. "Hollow Severer" follows that pattern, guitar interlude tapping into psych roots. In terms of metal vocals, Kylesa lays off the unintelligible Cookie Monster screams, though it's often hard to tell who's screaming – guitarist Laura Pleasants or Phillip Cope. Double drums recall the tribal beats of Sepultura on "Intro" and "Outro," and the double guitars recall Mastodon's Remission on "Where the Horizon Unfolds" and "Ignoring Anger," which certainly doesn't, not with "dirt in my nails from digging my own grave." (Friday, March 16, Emo's Lounge, 12mid)