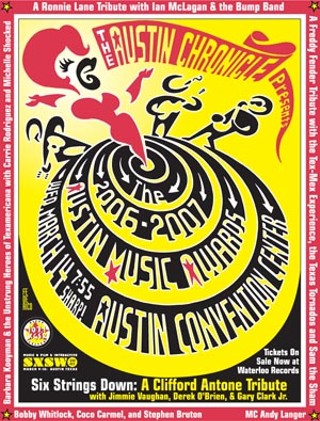 1983. The Police's "Every Breath You Take" stalks summer airwaves while everyone wonders what really happened between Michael Jackson and "Billie Jean." Willie and Merle sing Townes Van Zandt's "Pancho & Lefty," and Stevie Ray Vaughan unleashes a Texas Flood. Dreamgirls kicks the hits on Broadway, and the king of the blues, Muddy Waters, dies at the age of 68.

1983 was also the first year of the Austin Music Awards as a show. There had been a poll and awards given out the previous year, but that March, a group of locals gathered at Club Foot, located at the corner of Fourth and Brazos, to celebrate the Austin music scene live and in person.

"Shambles," is how Chronicle senior writer and AMA director Margaret Moser paints the awards' debut. "It was a good idea, obviously, but it had no internal structure. We learned a lot for the next year. When the dust settled, it was clear that there was a future for the event." 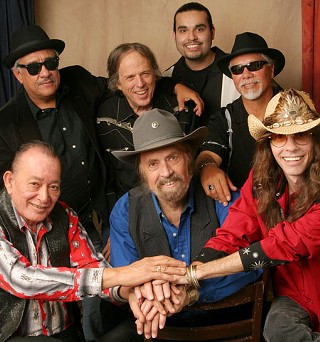 Moser recalls the gig as well-attended and featuring special appearances by SRV and a couple of Joes: Ely and "King" Carrasco. Looking at the awards-show rosters over time is a historical River City roll call: Big Boys, True Believers, Fabulous Thunderbirds, Ronnie Lane, Timbuk 3, Lucinda Williams, Doug Sahm, Nanci Griffith, Daniel Johnston, Townes Van Zandt, the Arc Angels, Texas Tornados, Roky Erickson, and on and on. That was only the first decade.

Flipping through a quarter-century of AMA posters, currently on display at the South Austin Museum of Popular Culture (www.samopc.com), what also emerges is a year-by-year slice of the local music scene. In that sense, the 2006-07 AMAs are no different even if a handful of firsts are high on the agenda: first time in the Austin Convention Center ballroom after a decade in the Austin Music Hall; first emcee duties for media personality Andy Langer, who takes over for Hall of Fame emcee Paul Ray; and the first AMA poster by Federico Archuleta. 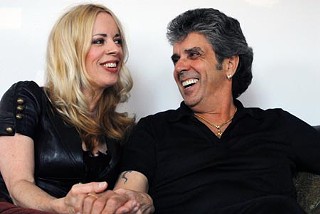 Leading off the evening is another pair of AMA rookies: Bobby Whitlock & CoCo Carmel. Whitlock, one of the prime catalysts behind Eric Clapton's Derek & the Dominos ("Keep on Growing," December 1, 2006), and his wife have been mesmerizing South Austin patrons weekly with their Tuesday night gigs at the Saxon Pub since they moved to town from Nashville last fall. Mayor Will Wynn should hire Whitlock as the city's musical ambassador simply because the Southern gentleman gushes endearingly about his new home.

"I can't say enough about Austin, Texas," swears Whitlock. "We're over the moon with living here. Playing the awards is the Oscars as far as I'm concerned. It's bigger than the Grammys for me."

While the AMAs were an unknown quantity in 1983, even the Grammys, though important, didn't carry the weight that they do today. Now polls and awards shows honor music scenes all over the globe. Things grew exponentially when South by Southwest began in 1987, and visiting music scenesters, taking in the awards as the kickoff for the weekend, brought the idea back home with them. 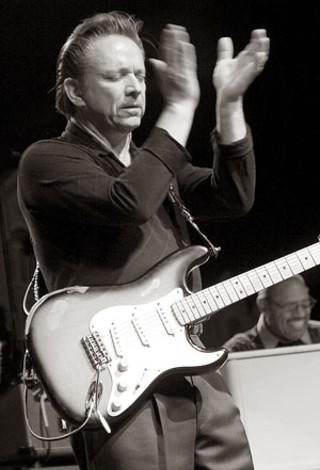 Doug Sahm would've been one shining souvenir memory for any out-of-towner to return home with, the Tex-Mex pioneer backing Angela Strehli at the Austin Opera House for the 1988-89 AMAs. Another groover, son Shawn Sahm keeps the memory of his late father alive with his new band, the Tex Mex Experience. Sahm describes it as "just a rock band with an accordion," but they've been kicking butt opening for Los Lonely Boys, and at the awards, TME pays homage to Sahm the elder's legendary bandmate Freddy Fender, who passed away last year, with a reunion of the Texas Tornados. Augie Meyers, Flaco Jimenez, Ernie Durawa, Speedy Sparks, et al. twirl one up prior to an all-star jam with Sam the Sham of "Wooly Bully" fame.

"I remember talking to Freddy one time," Sahm relates, "and he said, 'When Doug first called me about the Tornados, I thought he was crazy – the bilingual stuff and playing rock & roll with gringos and Chicanos. I was like, "What the heck is this" Then, a Grammy later and all this other shit, everybody goes, 'Ah yeah, now I get it.'

"What's funny," laughs Sahm, "is that now it's the norm to mix that stuff up. We don't even think it's weird anymore."

Ian McLagan remains among the first wave of Sixties Brits who transformed polite, hand-holding pop into the rock & roll norm, first with Steve Marriott and Ronnie Lane's Small Faces and later with Lane, Rod Stewart, and Ronnie Wood in the Faces. McLagan's local combine, the Bump Band, had a year straight out of the flower-power decade last year, and one that in many ways came round full circle in his career. One highlight was opening for the Rolling Stones in Zilker Park. The other was releasing the heartfelt Spiritual Boy: An Appreciation of Ronnie Lane ("Texas Platters," April 28, 2006), which the Lucky Lounge's star quartet will spotlight at the AMAs. Lane, an Austin resident in the Eighties, gets tributed by "at least two surprise guests," according to Austin's pub-rock poet. 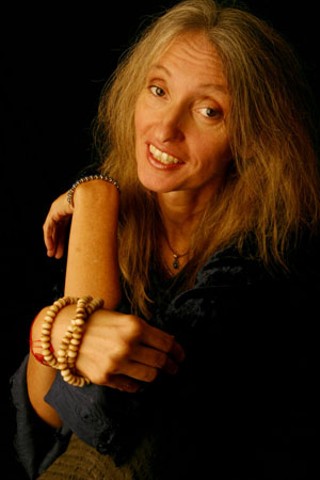 "There are a lot of lovely people here who knew Ronnie well when I wasn't around," chuckles Mac. "It's gonna be a rockfest."

Barbara Kooyman & the Unstrung Heroes of Texamericana rock their own notable cause ("The Future's So Bright I Gotta Wear Shades," February 23, 2007), with another pair of special guests, Carrie Rodriguez and Michelle Shocked. Offering a taste of Kooyman's charitable radio venture, the Texamericana Social Hour, these heroes know the platform on which they stand.

"I grew up going to the awards shows," enthuses Brooklyn's Rodriguez. "To be part of it onstage is something that I never imagined myself doing, especially singing. It makes me feel like I'm still an Austinite. I feel that in my heart, naturally, and I know that one day I'll move back home. But being a part of the show now makes me feel like it's still my town."

The performers at the first AMAs included guitarist Van Wilks, the funky Extreme Heat, all-star jazz combo Concept, and Chinanine, a rock band that Moser says "was hip for about five minutes." A memorable moment of old Austin weirdness occurred when future master of ceremonies Kerry Awn portrayed an anonymous rock critic and appeared "wearing a foam octopus thing that he got from Esther's Follies."

Twenty-five years later, vintage Austin will no longer be represented in person at the AMAs by one of the foundation stones of the local music scene, but one last tribute seals the past 12 months of sea change here in our groover's paradise (issue of May 26, 2006). To honor Clifford Antone and his Herculean accomplishments in putting Austin on the world map of music, three of his favorite bluesmen/guitarists, Jimmie Vaughan, Derek O'Brien, and Gary Clark Jr., will close the show.

"It will be just the three of us on acoustic guitars," explains O'Brien. "Something that Clifford would have loved for the simplicity of it."

That's the 2006-07 Austin Music Awards in a word, in concept: simple. Clifford Antone would have loved it.