The Irish, Scottish, and Welsh stick it to Union Jack

Tweet
print
write a letter
Beside enduring England's yoke, what do Ireland, Scotland, and Wales have in common? The Celts. When the brisk islands off continental Europe are discussed, the English typically get the lion's share of attention. But assuming Union Jack hegemony overlooks the residing power of Celtic sonic-smithing; more than three dozen acts in this year's Celtic contingent follow Thin Lizzy, My Bloody Valentine, and Donovan with folk, freak, analog rock, and yes, even Irish hip-hop.

Irish hip-hop? Given the Green Isle's gift of gab, it's not surprising. Messiah J & the Expert have shared the stage with Public Enemy, Jurassic 5, and Gang Starr. The Dublin duo's sixth is 2006's Now This I Have to Hear. Dublin's Jape puts forth dark 'n' flavorsome electronica on 2004's The Monkeys in the Zoo Have More Fun Than Me. Bar/None released the indie pop electronica debut of Belfast's Oppenheimer last year, leading to tours with Regina Spektor and the Bravery.

In the same direction as Boards of Canada, Glasgow's quartet Errors use guitars to fashion the 1979 futurism of How Clean Is Your Acid House? EP. Holding down the analog rock front are Glasgow's Shitdisco. The Immediate also hail from Dublin. Chris Shaw (Wilco) produced their debut, In Towers & Clouds, and the quartet switches instruments on stage.

Time for a quick jaunt across the Irish Sea to Cardiff, Wales, home to the Victorian English Gentlemens Club. A lady-fella-lady trio that emits raw and melodic vocal harmonies and quirky rhythms, their self-titled Fantastic Plastic debut evokes "Happy Jack"-era Who. Moving north, the Hedrons answer the query, "What would a Glasgow version of the Donnas sound like?" Having shared the stage with Alice in Chains, the quartet debut with One More Won't Kill Us. 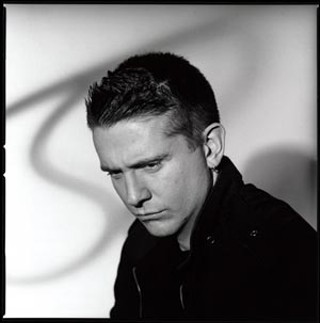 Forged in Aberdeen, Scotland, Driveblind moved to L.A., signing with Geffen for its 2006 eponymous debut, which espouses anthemic Seventies rock and bluesy psychedelia. Damien Dempsey's deep woody vox is the Celtic bard embodiment, earning him Morrissey and Bob Dylan touring slots. Morrissey loves this Dubliner so much he signed the singer-songwriter to his Attack label for Seize the Day. His latest, Live at the Olympia, captures his voice, which draws from Marley, Presley, and traditional sean-nós singing. Dangerous Records released the debut of Aberdeen's Needles, who draw from Gene Vincent and Nirvana. 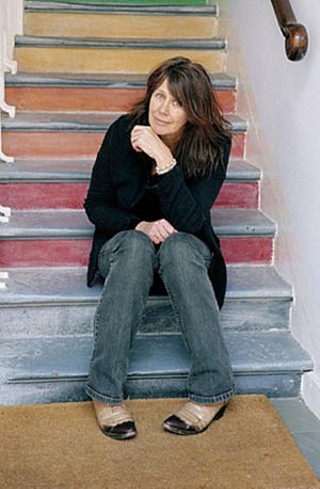 Another Glasgow songstress is Emma Pollock, founding Delgado and member of the Chemikal Underground collective. Her imminent solo debut will arise from 4AD. Cocteau Twin Simon Raymonde signed Fionn Regan, a mop-haired Dublin lad, to his Bella Union imprint for the acclaimed The End of History. Singing in Welsh, English, and Spanish, Cardiff's the Gentle Good is a hopeful folk singer who also plays banjo in the Silver Spurs. Adding country twang to indie pop, Dundee, Scotland's the Hazey Janes recently opened for Snow Patrol, drawing from their debut, Hotel Radio.

Super Furry Animal Gruff Rhys just released his second solo, Candylion (Rough Trade/Team Love). The Cardiff-based Rhys makes Welsh music sound nearly Brazilian in its cadence. Cardiff's answer to DeVotchKa, the Hot Puppies make even the autoharp sound sexy. They may not be Arcade Fire, but the Glasgow quintet My Latest Novel would make for a good double-bill.

One of SXSW keynoter Pete Townshend's new faves, Fratellis sparks with thrashing handclapping from the Glasgow trio's debut, Costello Music. Glasgow also, the Cinematics will soon release their debut of melancholy pop-smithing. Cardiff, Wales' the Automatic subscribes to electro-disco-metal-rock on the fourpiece's B-Unique debut, Not Accepted Anywhere. Also from Cardiff, the angular Future of the Left arises from McLusky and Jarcrew.