The Good, the Bad, and the Queen

From the whitest cliffs of Dover – still the British Isles' natural defense against the occasional louche attempt by the French to fashion three chords and the truth into danceable agitpop – to rainy Liverpool and the bleak chill of Newcastle, down through the sonic heart of Madchester, until finally, and always, to London, here come the Good, the Bad, and the Queen. And Malcolm McLaren. We thought it was Manchester that had so much to answer for, but down in Albion, they're black and blue, and 10 Downing St. is clearly no longer anyone's oasis. Even Liam seems sedate of late; although, true to form, Pete Doherty remains winningly off his nut. As it turns out, stoned rock & rollers do gather Moss.

Still, of the 130 UK acts braving the perilous voyage into what is now officially the most loathed and precariously peerless realm, a fair number come with their heretofore stiff upper lips curling back in a sonic six-string snarl, all Gallows humor, an Orchestra of Wolves. Fear not. Others, less lupine (but perhaps more Wilde) come bearing the sort of brooding, earnest melancholy Thom Yorke & Co. once owned outright. Then there's that all-night Bloc Party.

So the new boss is the same as the old boss, no matter which side of the pond you're on, and while Albion may be full of pale, thin girls with eyes forlorn, so is Austin. Nothing makes for more memorable, meaningful art than a towering wall of Marshalls, a Cockney yelp, and the hopelessly exhilarating sense of power-pop purity that comes when chord challenges dischord and shambles birth beauty. SXSW UK 2007: It's a union, Jack.

Where do all the Sneaker Pimps go when there's no more Liberty Lunch? If you answered 6 feet underground, you get no biscuits with your Earl Grey, mate. And if you somehow missed former Pimp Chris Corner at the trip-hop meltdown that was their October 1997 gig, fear not. Reincarnated as Iamx, Corner's darkwave synth-pop takes up the banner from forebears Depeche Mode (single "The Alternative" is the best song Martin Gore never penned), so break out the black wardrobe, because after every party, he dies.

Speaking of raves, there's never Morcheeba when you really need it, but that's not keeping London's former trigger hippy-cum-'Cheeba vocalist Skye Edwards from the "Big Calm." Last year's solo LP, Mind How You Go (Atlantic UK), spawned the languid and lovely chart-topping single "Love Show," which only goes to prove our theory that former cohorts the Godfrey brothers were perhaps not the most important part of the process.

The Good, the Bad, & the Queen

Last SXSW's surprise appearance by both the Gorillaz and Mogwai at Red Fez is something of a giddy blur to us, but fret not, boys and girls, because here comes the Good, the Bad & the Queen, fronted by Kong Studios monkey man Damon Albarn, with the Verve's Simon Tong on guitar, Clash city rocker Paul Simonon on bass, and Afrobeat legend Tony Allen kicking the skins. Eighties life is rubbish? Perhaps, but News of the World is already reporting that Gorillaz resident Satanist/bassist Murdoc Niccals has joined forces with Tank Girl and, um, Satan to make certain Albarn stays at least somewhat simian.

Was Hugh Cornwell being clever or just too bloody psychic for his own good when he penned the excellent but sadly all-too-relevant "Shah Shah a Go Go," "Nuclear Device," and bonus track "Yellowcake UF6" for the Stranglers album The Raven 28 years ago? Let's hope it's the former (see "Dead Loss Angeles," "Ice," and "Meninblack" for more headline ripping). Either way, recent live solo releases Dirty Dozen and triple-disc People Places Pieces are bracing in their forthright passion. No more heroes my bum.

If Brit-hop has not fared well in the States, it's not for lack of trying. Perhaps more suited to the American way of street-wise bluster than either Mike Skinner or Lady Sovereign is former More Fire Crew member and East Londoner Lethal Bizzle, whose grimy UK Top 10 track "Pow (Forward Riddim)" invoked the ire of the Conservative Party, who, there as here, got it all wrong, equating two consonants and a vowel with promoting gun violence. One spin of Bizzle's insanely catchy "Fire," with its chorus of "la, la, la," and even Maggie T. gets to grinding.

If it hadn't been for Al Gore inventing the Internet and thus enabling global Friendstership and MyFaceSpacing, any number of UK acts would still be busking outside Steve Lamacq's flat. Chief among them is snarky Hammersmith native Lily Allen, who bypassed the whole label thing and went straight to the kids, uploading her first batch of catchiness directly to her MySpace page and scoring an iTunes superhit in the process. Domestic release Alright, Still is pure pop-hop bliss, despite Allen wryly foot-in-mouthing it when she told the NME she'd celebrate her first UK No. 1 with a snoot-full of "gak" and calling Bob Geldof a sanctimonious prat/cunt. She's also nominated in the Best Solo Artist, Sexiest Woman, and Worst Dressed categories at this year's increasingly bipolar NME Awards.

Wimbledon's Jamie T also made an end run around the increasingly anachronistic label release by uploading his Panic Prevention demos directly to the Web, scoring him an instant smash with his hip-hop roman ã clef "Sheila" (our personal Song of the Year Thus Far). Described, accurately, by Canvas magazine as "the bastard love child of Billy Bragg and Mike Skinner doing his best Joe Strummer impression," Xanax-fan T (né Treays) may yet cause his own unflappable panic at the disco.

Others who chose to enter the ether this year were Brighton's the Pipettes, longing for pop daze gone by. Their new Meet the Pipettes is a Phil Spectorian smorgasbord of Ronettes-influenced, post-riot-grrrl pop-candy, complete with strings, winsome choruses, and buttery production. We bet it hurts to see them looking so good on the dance floor.

Get Cape. Wear Cape. Fly is the nom de guerre of Southender Sam Duckworth, who's up against Thom Yorke, Jarvis Cocker, Jamie T, and Lily Allen for Best Solo Artist at this year's NME Awards. His new acoustic-guitar-driven LP, The Chronicles of a Bohemian Teenager, is a wistful, contemplative breath of fresh air leavened by a wry, ironic sense of humor: "If I Had a Pound for Every Stale Song Title I'd Be 30 Short of Getting Out of This Mess" is our favorite title of the year and a brilliant track to boot.

We suddenly realize we've never seen West London singer-songwriter Jeremy Warmsley and fellow Londoner Robyn Hitchcock in the same place at the same time, which strikes us as totally unsurprising, given that Warmsley's recent debut, The Art of Fiction, sounds exactly like Hitchcock at his most Warmsleyesque. Or is that vice versa? (Can their mums tell them apart? Do they swap girlfriends? Thank goodness Warmsley is half-French, "which is nice but totally irrelevant." You would say that, wouldn't you, Mr. Hitchock?)

We'd like to talk to the Beirut-born, London-based musical marvel Mika, but the last time we spoke, he reduced us to the tearfully vertiginous state of being "Grace Kelly," which also happens to be the name of our second favorite song this year. Debut Life in Cartoon Motion is as stingingly catchy as a case of the funkies, and he does a mean Freddie Mercury when it suits him. His curriculum vitae lists both the penning of in-flight music for British Airways and the creation of an Orbit chewing gum advertising jingle, both of which tickle us to no end.

In Case of Emergency, Turn Everything Up to 11. Or: The Importance of Being Earache

The world's in flames, so why not blow the amps? Such is the case with Watford punk howlers Gallows, who remind us of Art Brut if Art Brut were Discharge (or maybe the Stupids). Regardless, single "In the Belly of a Shark" is our MySpace theme song at the moment, while their debut LP, Orchestra of Wolves, track "Just Because You Sleep Next to Me Doesn't Mean You're Safe" is pretty much the best sentence we've heard since I Love You but I've Chosen Darkness christened themselves.

London's the Horrors return to Austin with guitarist Joshua Von Grimm and their grimly fiendish sense of evil couture and trademark slash 'n' burn atonality firmly intact, which is more than we can say for their critics, who initially dismissed them as "hair today, gone tomorrow." Like Horrors fan and Primal Screamer Bobby Gillespie says, fuck 'em if they can't take a bullet to the head. Come prepared to go deaf and possibly with a slightly improved sense of style.

The Manhattan Love Suicides are none of those, although they're named after one of Richard Kern and Nick Zedd's old films, which fits well with their MySpace influences, among them the Jesus & Mary Chain, Velvet Underground, My Bloody Valentine, and, oh yeah, GBV. Mega-fuzzed guitars, female vocals, and a "Crush Whatever" attitude. You'll eat their feedback and enjoy it.

Speaking of kickass ways to de-chrome your metaphorical tailpipes, Elida Zulu, the stunning-in-all-the-ways-your-mother-warned-you-about singer for London-based Dirty Fuzz can belt out AC/DCs' "Rock and Roll Ain't Noise Pollution" while making your trousers uncomfortably tight in all the right places. "The love child of Bon Scott and Tina Turner," she fronts a bluesy wall of sound that invites comparison to Led Zeppelin at their gut-punch rock & roll peak.

Welcome to Riotville, UK, the dirty, skronky home of London's Metro Riots, where Damo "holds the microphone and screams into it," Oliver Parker "pounds skins & slashes cymbals with drumsticks," Sam Ray "straps on the bass and commands floors to shake," and Danny Fury "wears a guitar, throws shapes & plays that [very, very loud] guitar." Bluesy punk rock so vicious you'll think twice about paying your taxes but only once about killing Vanilla Ice, baby.

Eliza Carthy: BBC Radio 2's Folk Singer of the Year 2003 wouldn't be out of place on the soundtrack to The Wicker Man.

Rachel Fuller: She's a motherfucker in the loveliest sense of the word. In fact she's Pete Townshend's loveliest motherfucker. So back off, you.

Alexi Murdoch: Did you hear the one about the Glaswegian who went to Duke University to study philosophy and figured out how to make it pay? No, seriously, did you?

Buzzcocks: Ever fallen in love? Here's your chance. Again.

Bone-Box: Absolutely nothing like what you'd expect from the former home of the Hacienda, but the slide guitars and Jay Taylor's ciggy pipes are very Rainy City.

LoneLady: Hi ho bastard! She lives in a tower block, and on the day she was born, her "mother murmured softly that it was the worst day of her life." Cat Powerless.

Waxplanet: Have your guitars been drinking? Because they sure are Swervedrivin', buddy.

IS IT RAINING, OR IS THAT YOUR HEART? 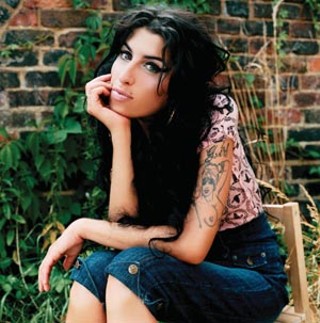 Bat for Lashes: They said it best themselves: "Sounds like Halloween when you're small." Natasha Khan's spellbinding voice and piano are black cat's hackles and forlorn candy corn.

Findlay Brown: Just forget about the MasterCard advert, and while you're at it, try and forget about her, too. She's not coming back.

The Good, the Bad & the Queen (London) Stubb's, Fri., 12:45am; www.thegoodthebadandthequeen.com