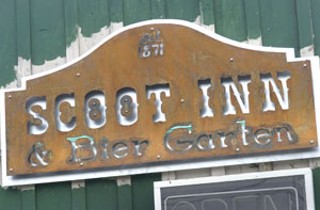 The Scoot Inn, 1308 E. Fourth, holds the unusual distinction of anchoring Austin's newest entertainment district, the nascent East End, as one of its oldest bars. "We want an old Texas turn-of-the-century look," says Longbranch Inn owner Jim Stockbauer, who took over the Scoot's lease Dec. 23 and has been renovating the interior with furnishings from recently defunct nearby antique shop Pieces of the Past. The Scoot was built as a package store and railroad saloon in the early 1870s, weathering Prohibition and the Depression until passing around 1940 to Scoot Ivy and his friend Red (hence former name Red's Scoot Inn), who held it until both died in 1980. After a fire in the early Nineties, it hung in as a watering hole for the largely Hispanic neighborhood until previous operator Vera Sandaval handed over the reins. Stockbauer plans music almost nightly at the Scoot, including three shows a week in the outdoor bier garten, Mondays with J.T. Van Zandt and friends, and conjunto bands from San Antonio. Although Saturday's release party for yelpy New Wavers the Laughing's debut, Tiger Cry, with 'Til We're Blue or Destroy and the Always Already, has been moved to the Victory Grill due to weather, see www.eastinns.com for future Scoot dates. Arclight Records lowers the boom April 10 with a remixed version of Amplified Heat's debut 2003 EP. Two extra songs, "Mornings Warning" and "She Drank That Wine," have been restored; the band originally thought they were too similar to previous group Blues Condition. "We only put out 200 copies [originally], and most of those we sold on our first tour," says guitarist Jim Ortiz. "People were asking for that more than [2004 LP] In for Sin." Ortiz estimates Heat's second album should be ready around August. "It's still heavy, but it's not the frantic, fast stuff we did on In for Sin," says Ortiz. "It's more in the pocket." Before that, Arclight will release three-song EP Heaven/Hell and a 7-inch with the first-ever recorded vocal (a Lungfish cover) from Tia Carrera, whose guitarist Jason Morales remixed the Amplified Heat EP. Tia, Heat, and NYC avant-roots crew Phonograph (whose self-titled CD is out next week) are all confirmed for the Arclight/Australian Cattle God March 17 SXSW showcase at Red 7.

Take a look at us now: Against all odds, the Chronicle's music blogs are up and running. This week the TCBlog reels off some bloody valentine tunes, Schadenfreude mädchen Audra Schroeder chats up Mistress Stephanie & Her Melodic Cat, and Into the Void's Austin Powell checks into Hospital Productions. austinchronicle.com/musicblog.

SXSW news continues to pour in at a steady clip: Rock Opera director Bob Ray and Werner Campbell's long-awaited Rollergirl documentary, Hell on Wheels, will have its SXSW Film premiere March 11 at the Paramount Theatre with an afterparty at Emo's... Houston eccentric Jandek will play after the March 17 world premiere of his concert film, Duality of Self... Jagjaguar will release a deluxe edition of Okkervil River's 2005 breakthrough Black Sheep Boy March 6; provided frontman Will Sheff's ailing vocal cords are ship-shape, the band, now preparing Black Sheep's follow-up with producer Brian Beattie, will play Jagjaguar's March 15 showcase at the Mohawk... Esquire music correspondent Andy Langer confides the magazine's St. Patrick's Day Stubb's showcase has the Stooges' only appearance anywhere that week, plus Spoon, Kings of Leon, LA's A Fine Frenzy, and Scottish smoothie Paolo Nutini... Oh, and SXSW sent over the first band list Tuesday afternoon, so here come the Horrors, Cinematics, Saints, Briefs, Clutters, Ponys, Razorlight, and Youth Group, to name a few. The whole gnarly thing should be up on SXSW.com sometime today (Thursday). For reals. 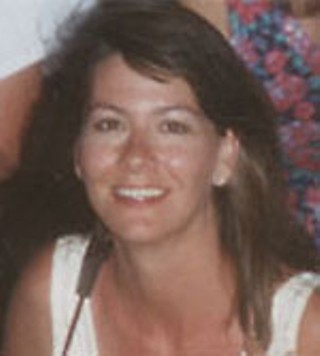 Hundreds of members of Austin's music and legal communities gathered at Laguna Gloria last Friday to remember prominent entertainment attorney Cindi Lazzari, who passed away Jan. 30 after a long battle with cancer. Friends recalled Lazzari, 52, as a bon vivant who relished food, drink, entertaining, gardening, and conversation, a keen legal mind with the soul of an artist. "You can always recognize a great Texas lady," colleague David Dunham said. "They love life, and life loves them back."

Lazzari was born in Houston and graduated from Lamar High School, University of St. Thomas, and South Texas College of Law. Though her clients also included banks and international corporations, Lazzari was one of Austin musicians' most dogged legal advocates, with a client list ranging from Spoon and Gomez to the Asylum Street Spankers and Bruce Robison. "Cindi saved my ass," said ... And You Will Know Us by the Trail of Dead drummer Jason Reece, whose wife, Chi Paek, worked in Lazzari's office, echoing the sentiments of many.

Lazzari successfully fought to return the master recordings of Watermelon Records artists, including Monte Warden and the Gourds, to the musicians when the local label went bankrupt in 1998. When Houston-based distributor Southwest Wholesale likewise went under in 2003, she petitioned legislators to extend the protection afforded visual artists to musicians; Gov. Rick Perry signed the amendment to the Texas Occupations Code into law in May 2005. Friday, the Entertainment and Sports Law Section of the State Bar of Texas, on which Lazarri served, passed a proclamation creating the annual Cindi Lazzari Artists Advocate Award.

Lazzari is survived by her parents, sister, husband Joe Priesnitz (whom she married at Laguna Gloria in 1991), and two other children. Local musician Chris Foley was discovered in an Austin motel room the weekend of Jan. 27, dead of a suspected drug overdose. Foley, 39, played bass in Austin psych-rockers the Swells and, before that, Dallas' Transona Five. The Dallas native attended the University of South Carolina on a soccer scholarship before returning to the Metroplex in the early Nineties, where he co-founded the Luna-like Transona Five, who became one of the top groups in the Dallas/Denton space rock scene. Foley remained through 1998 LP Duffel Bag and continued to play live with T5 often. He joined the Swells after moving to Austin six years ago, played on 2003's The Waymarked Ways, and did the cover art for latest LP Slept for Seven Days. "He pushed members in both bands to be better musicians," longtime friend and T5 bandmate Christopher Anderson says. "We're all just wrecked by the news."
More TCB columns