Wincing the Night Away (Sub Pop) 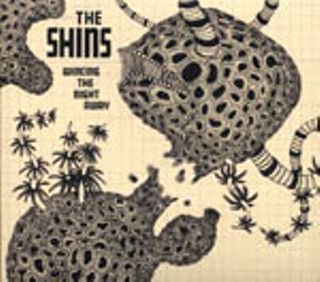 Wincing the Night Away (Sub Pop)

A lot can happen in an evening. Wincing the Night Away, for one, rewrites Shinsian history. The crystal-cut pop of the Portland, Ore., quartet's 2001 debut, Oh, Inverted World, and its exuberant follow-up two years later, Chutes Too Narrow, helped define the new millennial revolution reversing the roles of indie and major labels. Wincing the Night Away makes both albums sound like fragmented potential. Glistening opener "Sleeping Lessons" rustles and kicks the melancholic nostalgia of a Michel Gondry dream (Eternal Sunshine of the Spotless Mind, Science of Sleep) before its clipped acoustic strum and bramble of subconscious lyricism breaks into a rockist giddyap. Single "Phantom Limb" itches the best melody since Inverted World's "Caring Is Creepy" and "Know Your Onion," positively Pet Sounds, Rubber Soul, Heaven up Here. Its CD-single leftover, "Nothing at All," would've segued perfectly out of the syncopated chop and shuffle of "Sealegs," whose synthetic trappings merge contemporary beats with retro evocations of the Seventies. A delicate glow of regret colors "Red Rabbits," which run run runs with the equally unforgettable "Turn on Me," straight out of Greenwich and Barry and Phil Spector's "Then He Kissed Me." Its observation that "so affections fade away or do adults just learn to play the most ridiculous repulsive games" beats home bandleader James Mercer's love and hate lashings against the backdrop of nature's largesse. Cantilevered canyons of jangled minor chords stream out amongst bunnies, geese, dodos, foals, zombies, and girls of the north. Second Brit wave beats in "Spilt Needles," and its gorgeous antidote "Girl Sailor" extract pure Morrissey, Mercer's bitterness a romantic salve. Closer "A Comet Appears" flare like its lesser rewrite, but by then you're spent. Dawn brings relief, sleep.