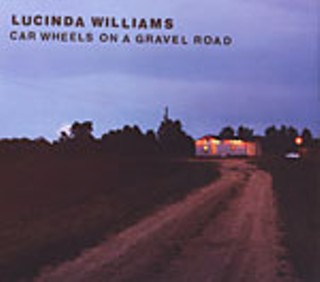 Lest we forget, Car Wheels on a Gravel Road was a difficult birth. Released in 1998, six years after Sweet Old World, its creation featured battles with producers, multiple re-recordings, and the eventual dissolution of Lucinda Williams' longtime road band, anchored by Austin's Gurf Morlix. That process is only hinted at on the newly remastered Deluxe Edition with the inclusion of two previously unreleased Morlix produced tracks, so the opportunity to truly hear what was passed over is missed. It hardly matters, however. The Grammy-winning Car Wheels is arguably Williams' finest work, and it remains an eminently listenable travelogue of the Deep South told with a combination of bluesy growls, yearning whispers, and soulful twang. The prize in this update is the second disc, a live recording from Philadelphia made around the time of the album's release. It burns white hot with her then-new band, marked by the double guitar attack of Kenny Vaughan and Bo Ramsey. In a set typical of the time, featuring several songs from Car Wheels, but also raging versions of "Hot Blood" and "Changed the Locks," and a deeply yearning "Something About What Happens When We Talk."