The ongoing liquor-fueled legend of the Hickoids, Neil Diamond's people make the Diamond Smugglers' life hell, and Pete Townshend will be at SXSW anyway, anyhow, anywhere 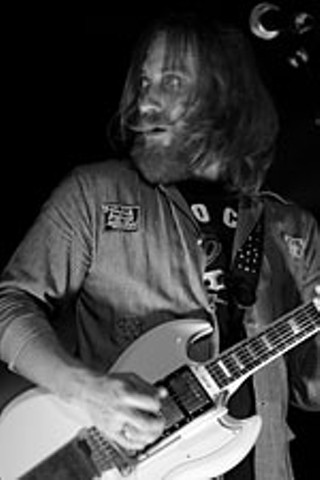 photo by Felicia Graham
UrbanDictionary.com defines "choogle," first popularized by John Fogerty, as "to have a good raucous time." That also defines Akron, Ohio, duo the Black Keys' meaty set before a sold-out La Zona Rosa last Saturday night. From opener "Thickfreakness" on down, Dan Auerbach (pictured) and Patrick Carney choogled through a good 75 minutes of greasy Delta riffs, banzai drums, and soulful ballad "You're the One." 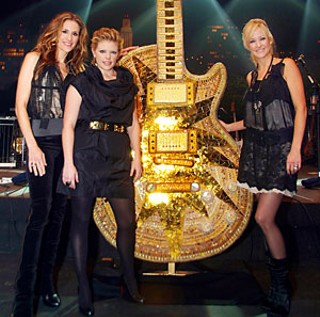 Once again, the Dixie Chicks regret letting their kids play with the shrink ray.

Hail to the Chicks

They strode onto the Erwin Center stage to the strains of "Hail to the Chief" last Monday, but these days the Dixie Chicks would rather poke fun at Britney Spears than George W. Bush. "This one's for K-Fed," quipped lead singer Natalie Maines before the trio and their ninepiece band, anchored by Austinite David Grissom, launched into bluegrass burner "White Trash Wedding." Otherwise, the Chicks' two-hour set of robust roadhouse rock ("Lubbock or Leave It," "Goodbye Earl") and emotional pop ("Not Ready to Make Nice," "Landslide") revealed a tougher, rawer band than the pie-eyed days of "Cowboy Take Me Away," which they played nonetheless. Indeed, from their first two multiplatinum albums, only "Wide Open Spaces" made the cut at the Chicks' Austin City Limits taping two days later. Drawing instead from 2002's Home and this year's Taking the Long Way, the Chicks inhabited the grownup sentiments of Long Way's "Silent House," Patty Griffin's "Top of the World," and heartwrenching encore "Travelin' Soldier," performed by just the trio with resilience and grace. Congratulations, by the way, to Natalie's dad, Lloyd Maines, who extended his ACL appearance record into the high teens (the exact number escapes even him), and the Chicks themselves: Thursday, Long Way was nominated for several Grammys, including Best Country Album (ha!), Album of the Year, and Record of the Year.

Being asked to perform two songs on a network TV series, especially one created by a longtime friend, is normally a good thing. Unfortunately, in the run-up to the Diamond Smugglers' appearance on the Nov. 28 episode of Veronica Mars, the local Neil Diamond cover band found nothing but grief. First, they had to record their versions of "Sweet Caroline" and "Thank the Lord for the Night Time" on a moment's notice, clear the somewhat ribald lyrics with standards and practices, and then re-record the songs 24 hours later. Seems that after browsing the Smugglers' Web site, some of Diamond's people – who had previously approved the songs' use – informed the band that they took "great offense" at the Smugglers' "tone and execution" and demanded they alter their performance to lessen the resemblance to Diamond. Even their wardrobe. Singer Steve McCarthy "couldn't wear anything too shiny, couldn't do his hair up," says bassist Hunter Darby. "I was like, 'This is bullshit.'" The band considered dropping out but decided to go ahead, mostly as a favor to old friend and Veronica creator Rob Thomas, who has also used songs from the Wannabes, the Fighting Brothers McCarthy, and Paul Minor on the show. "The last thing you want to hear on Thursday is your band's going to punk out and you have to find a bar band in San Diego," says Darby, who, along with keyboardist John Ratliff and percussionist David Mider, elected to stay home. "No one was calling anyone a scab for going," he explains, admitting there was some "stony silence" on the plane among those who went. The Smugglers have since smoothed everything over, and although Darby doubts Diamond had anything to do with the situation personally, "We all think he's an asshole."

COUNTRY ALBUM: Willie Nelson, You Don't Know Me: The Songs of Cindy Walker 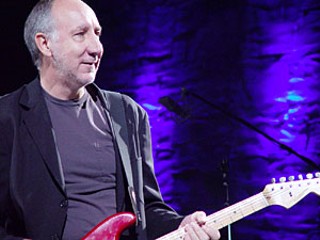 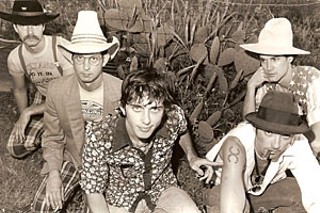 Children of the Corn

The Hickoids just won't die. Only around a few short years in the late Eighties, their car crash of country and punk ("a raging, full-on punk band with really perverted cowboy trappings," wrote the Chronicle's Lee Nichols of one 1986 Liberty Lunch show) has been a local archetype ever since. Cowpunks are a dime a dozen these days, but back then, admits singer Jeff Smith, "It's pretty safe to say there weren't many." Although punk rockers generally embraced them as kindred (if deranged) spirits, traditional country crowds weren't quite as accommodating. "One night we were playing at some ex-con country bar in Odessa," recounts Smith, "and [guitarist] Davy Jones got a knife pulled on him in the bathroom." Smith's Saustex label recently compiled their entire recorded output, 1985's We're in It for the Corn LP and 1987's Hard Corn EP onto one CD, Corn Demon. (TCB predecessor Ken Lieck penned the liner notes.) Selections include "Corntaminated" and "Corn Foo Fighting," and their stage decorations often resembled a Hee Haw episode gone horribly wrong, but Smith is at a loss to explain the Hickoids' fascination with the versatile vegetable. After collapsing in the early Nineties, they've reunited periodically over the years, doing a little less bodily harm each time. "There was usually some limping or bleeding going on after a show," allows Smith. Starting Dec. 30 at Emo's, the Hickoids' calendar has enough bookings to prompt the question: Are they a full-time band again? "We'll see."
More TCB columns