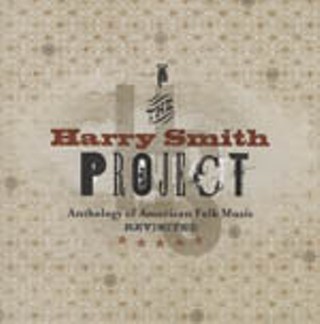 Harry Smith's massive collection of 78s became the patchwork of American folk. This was old, weird America, and Smith – filmmaker, musician, eccentric – was the preservationist. His anthology of songs, originally released on Folkways Records in 1952 and spanning 1927-34, was re-issued in 1997, which spurred young, weird producer Hal Willner to re-create the songs via a live concert. The result is two CDs packed with performances from 1999 and 2001. Beck as Robert Johnson ("Last Fair Deal Gone Down"), Beth Orton takes down Mississippi John Hurt ("Frankie"), and Blind Willie Johnson channeled through Nick Cave ("John the Revelator") spark next to old schoolers like Lou Reed (Blind Lemon Jefferson's "See That My Grave Is Kept Clean") and Marianne Faithfull (Hurt's "Spike Driver Blues"). A live concert DVD slides in two particularly electric performances: Roswell Rudd, free jazz trombone veteran, plays with kindred spirits Sonic Youth, electrifying Bascom Lamar Lunsford's "Dry Bones," and Eric Mingus and Gary Lucas' rendition of Rev. J.M. Gates' "Oh Death Where Is Thy Sting?" is rapturous. Throw in a fourth disc of interactive music paired with three of Smith's experimental films, plus a documentary and extensive, glossy liner notes by Willner and others, and the archivist's work becomes an important cultural bridge. Smith was awarded a Grammy in 1991 shortly before his death, and in his acceptance he related this: "I'm glad to say my dreams came true. I saw America changed through music."