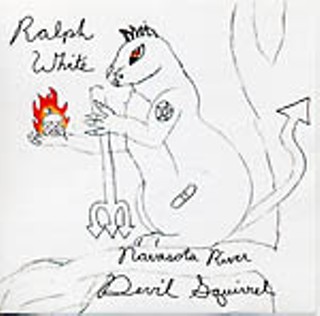 Non-traditional traditional? Indo-African mountain songs? Rocking-chair string ephemera? What longtime Austinite and former Bad Liver Ralph White puts on albums and onstage is so mind-boggling and vast, it forces those of us in the description business down a treacherous path. His five-string fretless banjos and African kalimbas – resonating thumb pianos – mix with accordion and fiddle to create an Eastern Appalachian sound, but it's much more complicated than that. White's second solo release, Navasota River Devil Squirrel, is displacement on disc. It's the culmination of years of experimentation and travel woven into a magic carpet, jetting off hither and fro, crossing continent boundaries and civil wars. Opening traditional "Look Down That Road," transforms into a psychedelic atlas on White's twangy voice and hypnotic kalimba. Originals like instrumental fiddle/accordion romp "Navasota River Devil Squirrel 1 & 2," the vocally distorted "History 1 (Conspiracy Theory)," and eerie closer "Devil Squirrel 3" saddle up alongside early-century fables as though they were long-lost cousins. White's melodies and lyrics scratch the surface of the Old World, leaving just a contemporary hint of now. Therein lies the magic.