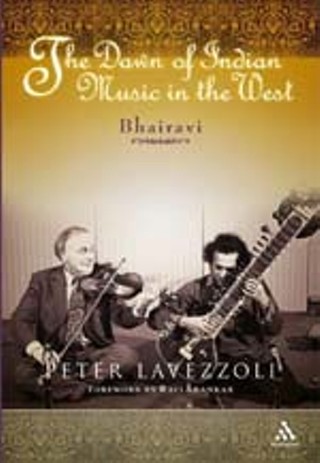 The Dawn of Indian Music in the West

Deep into his well-informed but only sporadically entertaining tome on the influence of Indian music on Western musicians, Peter Lavezzoli quotes Indian-born poet and colonial apologist Rudyard Kipling. "Oh, East is East, and West is West, and never the twain shall meet," wrote Kipling in "The Ballad of East and West." Lavezzoli hopes to have the final say on lingering schisms between East and West – musically, at least – trotting out high-profile musicians from around the globe to illustrate just how critical Indian influence was for a generation of English and American artists, whether taken as whirling Sufism, Hindu ragas, or Indo-Persian instrumentation. Interviewed are figures from the rock pantheon, including Dead percussionist Mickey Hart and George Harrison. The author also offers discussions with the likes of Ali Akbar Khan, a legendary player of the lutelike sarod, while Ravi Shankar penned the introduction and is later profiled along with his daughter Anoushka. Passages on John Coltrane and other jazz greats who adopted Indian concepts and styles emerge as most compelling, but given the grab-bag oral history, personal chronology, and music theory that informs this book, it's too bad the pages on Indo-jazz fusion aren't expanded. Another omission is any up-to-date consideration of electronic music or Bollywood.