Recorded by producer Madd Creole while Gator, Lyricist, Phenom, and Black Prophet were still students at Reagan High, Day of Truth proffers politically charged tracks, including "Phenomenal Venom" and "Lock Us Up."

While Tee Double actually reps the 2-4, he's got far too many roots planted in the 2-3 to leave him out of the mix. His 10th album in as many years signifies his most accomplished work to date. 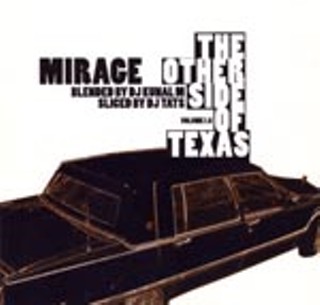 Blended by DJ Kunal M and sliced by DJ Tats, this all-inclusive mix CD contains at least eight instances of Mirage blessing the mic with his laid-back conversational flow.

With production support from Mr. Miggie and Swivol, Legacy established herself as a lyrical beast by way of live staples "Heat" and "Kill a Muthafucka."

Mixed by DJ Grip, The Lane Vol. 1 features Basswood's underground classic "You in Austin," as well as Jamie Lee, Ice B, OZ, and Tony Wayne ripping just about every crunk instrumental under the sun.

For the short time that Public Offenders united with T.Y. da Crook, Big Scutt, J. Dubb, Winn, and Luck of Da 2-3 Mic Breakaz as a solitary unit, there seemed to be nothing that could stand in their way.

Mixed by DJ Rapid Ric, producers Salih and Tomar Willams utilize past triumphs such as Bun B's "Draped Up" as a means to draw attention to newer endeavors manned by in-house rappers Nac, Swift, and Basswood Lane.

With yet another ingenious mix CD pieced together by DJ Rapid Ric, Casino & Gutta Gang prove their hype well-warranted as they gear up for the unveiling of their "Gametime" video.