A Benefit for Tarantula Hill

Less Self Is More Self (Ecstatic Peace!)

Baltimore's Tarantula Hill was a live venue, art space, and home for Twig Harper and Carly Ptak until earlier this year, when much of it was destroyed in a fire – an immense loss for the noise/junk duo otherwise known as Nautical Almanac. Ecstatic Peace! arranged this 26-track benefit comp, which, for a noise LP, is a few too many tracks. SY guitarist Lee Ranaldo, Wolf Eyes' Aaron Dilloway, Monotract's Carlos Giffoni, and the legendary To Live and Shave in L.A. all contribute to the 2-CD set, with standout tracks from electro siren Jessica Rylan, the skronktastic Graveyards, and a measured freak-out from Sightings' Mark Morgan titled "Alright, This Next Guitar Jam Is Called 'Landscape of Annihilation.'" The live recording of To Live and Shave at Tarantula Hill in 2004 is most rewarding, complete with inane/amusing crowd commentary. You know what they say: Charity begins at the noise concert.

You know this band's from Boston right away. "Buick Electra" is a sludgy opening ode to an ever-faithful car; then there's a song called "Liquorcoat." The four Helicopters creep over Marshall-stacked guitars and Apache-blade bass while singer Tim Shea narrates impending doom and helplessness. Think fellow Bostonians Mission of Burma – that's MOB guitarist Roger Miller on "Liquorcoat" – feathered and shellacked on the pounding "All the Sense in the World," poppy Dinosaur Jr. via "Head of Steam," and Sub Pop, 1987-1991, with "Take My Life." The cheesy beat kicking off "Casio" kind of ruins the whole stealthy, Big Brother vibe, and Shea's monotone vocals and lyrics can be drool-inducing. Less talking and more rocking might do them some good. They may be derivative, but they had good teachers. 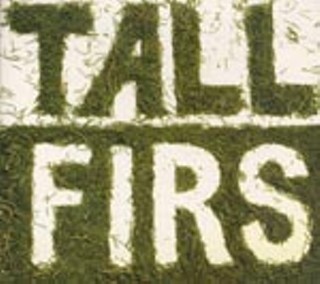 Within the hustle and bustle of NYC, Tall Firs escape to an ethereal environment of poetic beauty and sustained contemplation on their debut. The duo's metaphorical journey through love and loss, seasonal death and regeneration ultimately mirrors the gentle, hand-plucked acoustic and electric guitars. "I'm down on my knees again singing about time," Aaron Mullan laments on "Road to Ruin," with his weathered, reverb-soaked vocals recalling José González and Bill Callahan, both somber and sobering. "I move so slow, I won't move at all," he whispers on "Go Whiskey," against a backdrop of atmospheric organ and xylophone. "The Breeze" feels wind rustling through leaves, past Great Lake Swimmers and the fallen foliage of Dead Meadow, while "Soldier On" wearily contemplates the meaning of life. The journey ends, then begins again.

This cacophonous car crash wrecks four equally fucked up models of Youth Brigade's song "No II," recorded during the 1992 Dirty tour. J Mascis and Mark Arm are rumored to be somewhere in this eight-minute pileup of feedback, house music, and tortured screams. Good luck finding them.

Moore's indie-rock detector picked up on this NYC treasure, magnetizing boy/girl vocals and chunky guitar that was all the rage in the early Nineties. Produced by Pussy Galore's Julie Cafritz, it's a little bit Superchunk, a trifle Pavement, and all bratty pop best enjoyed with your hair in your face.

A Collection of Improvised and Experimental Music From Austin, Texas (1997)

The meaning held within the various improvised compositions on Rick Reed's 15-year-spanning compilation is even more difficult to decipher than its labeling as "Center of the Ass Run, Volume 3." The confusion created through the constant variation in styles, length, musicians, and instrumentation is a testament to Reed's underappreciated genius.

White Out with Jim O'Rourke

Keeping it in the family, Thurston's older brother wiretaps dreamy folk, neurotic synth, and gnarled noise, recorded at the request of his little brother. The title track opens with that trademark Moore guitar squeal. There must be something in the water of western Connecticut.

In a basement somewhere on Murray Street, Thurston's nephew (and Gene's son) George Moore creates pure sonic alchemy with a blend of zeros and ones, acoustic guitar, and electronic skirmishes. This instrumental coming of age, expressed through bending and breaking wires, proves the apple doesn't fall from the tree.

True to their name, the Notekillers' abrasive, atonal arrangements were light-years ahead of their time. "The Zipper" boldly reveals the shape of punk to come; the scorching no-waved time signatures burn the flesh, pure EVOL. Thanks to this career-spanning compilation, the band is garroting again.

Rhode Island School of Design graduate J.D. King reinvents the Coachmen (Moore's first band) by expanding upon the hullabaloo of 1999's Ten Compositions: New Frontiers in Free Rock. With more tangible garage-rock fuzz and neon swamp blues, the group entrenches itself further into an Orwellian dystopia of noise and music.

MV & EE with the Bummer Road

Add electro-blues and melody, divide by odd instrumentation ("harp environments," "guitar dimensions"), and multiply by two to get this Vermont group's sunrise to sunset vibe, supplemented by pal J Mascis and NY folkie Samara Lubelski. Cue "Drive Is That I Love You," and pass the hash pipe, bro.