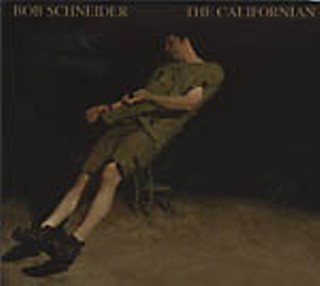 It's not easy being Bob. He's an enormous talent, popular, and as adept at songwriting and performance as he is at leading a band and artwork. His prolific Midas touch gilds every local project he's attempted, from Joe Rockhead's funky beats and the Scabs' brassy smart-rock to more recent aggregations like Lonelyland and Bob Schneider's Bluegrass Massacre. That chameleonlike quality affords the longtime Austinite much leeway on his latest solo work, The Californian. The disc picks up where 2004's I'm Good Now left off while stripping away introspection and shifting into rock & roll gear. Schneider's got a powerful set of lungs that works wonderfully with the Eighties garage rock sound of "Superpowers," "Boombox," and "Get Up on It." His secret weapon is a well-lubricated music machine, featuring guitarist Billy Harvey, drummer Rafael Gayol, keyman Derek Morris, and longtime bassist Bruce Hughes, who smacks down on "Game Plan," "Miss Oblivion," and the cheeky "Party at the Neighbors." Some of Schneider's eclecticism borders on the predictable, like the rapping on "Mudhouse" and what sounds like a boozy homage to the Gourds on "The Sons of Ralph." Yet when he aims for his self-styled gangsta rock on "Blauu," Bob Schneider hits the bull's-eye.