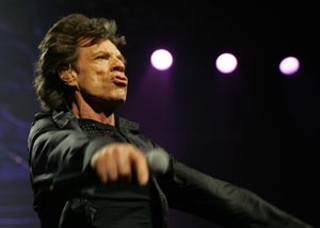 Perhaps you've heard: In a display of pageantry not seen in Austin since UT hosted ESPN's College Gameday last month, the Rolling Stones' A Bigger Bang tour touches down in Zilker Park Sunday evening. Gates open at 3pm, with former Stones sideman Ian McLagan & the Bump Band up first at 4pm, then Los Lonely Boys, followed by Mick, Keith, and Company around dusk, as the Austin skyline forms a picturesque backdrop. The stage will be near the main stage location for the Austin City Limits Festival, says Capital Sports & Entertainment head of events Charlie Jones.

"It's probably the biggest stage in the world," he says. "It looks like an aircraft carrier."

Although this will be the Stones' first Austin show in the band's 43-year history, they're in familiar territory. In fact, their first-ever Texas shows were two dates at the "Teen Fair" held at San Antonio's Freeman Coliseum June 6 and 7, 1964. The late Seventies and early Eighties brought a flurry of local Stones activity: Mick Jagger played the ponies at Manor Downs, when owner Frances Carr was then dating former Stones road manager Sam Cutler; Charlie Watts took in a Dave Edmunds show at the Austin Opera House with old friend and future Stevie Ray Vaughan manager Chesley Millikin; and Cutler, Keith Richards, and an entourage of Hell's Angels visited the home of "Condo" Joe Bryson, then owner of Inner Sanctum Records, for a "three-day gambling drunken orgy" around 1977.

"I'm not sure how much of this you can print," says Bryson, now Austin's Rock & Roll Realtor. "I don't think Keith went to sleep the entire time."

Newest Stone Ron Wood played solo in 1992 at the Opera House, where he was joined onstage by McLagan's former Faces mate Ronnie Lane, and former guitarist Mick Taylor visited the Back Room twice. UT's Memorial Stadium was briefly on the itinerary of the Stones' 1994 Voodoo Lounge tour, and a persistent urban legend has Jagger and Richards jamming at the Continental Club. "I can't confirm that," says owner Steve Wertheimer. "That would have been before I got here." However, McLagan's Continental gig and the Clifford Antone birthday tribute (see Music Listings) are neck-and-neck for the band's most likely post-show destinations, if any. But back to that Continental rumor.

"Never happened," says longtime local promoter and manager Wayne Nagel. "This was 1982 I think. Mick was in town with [then partner and Dallas native] Jerry Hall looking at horses at Manor Downs. There was a rumor he was going to come see Stevie at the club. They announced it on KLBJ, and it was a madhouse.

"He never showed. He did eat at Fonda San Miguel, though."

The Stones' Austin debut has been a long time coming indeed, but plenty of tickets are still available. Jones estimates a crowd of 45,000-50,000 – and no lawn chairs allowed, only blankets. The box office will be open until showtime (online sales stop at 1:30pm Sunday), Craigslist has reams at or just below face value; StubHub.com's rates go from $85 general admission to $895 for VIP seats close enough to count the lines on Keith Richards' face. Believe it or not, Jerry Seinfeld's Nov. 3 Bass Concert Hall show is probably a harder ticket. 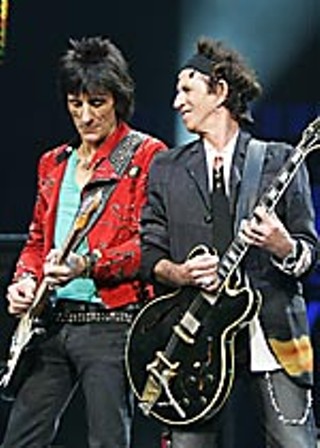 TCB's 10 favorite Stones album openers and, based on recent set lists, their estimated odds of starting up Sunday's show:

"Everybody Needs Somebody to Love," The Rolling Stones, Now! (65-1) 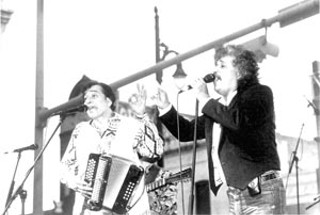 Freddy Fender, a titanic presence in Texas music who influenced generations of Lone Star rock & roll, country, and Tejano singers, passed away Saturday at his home in Corpus Christi. The Grammy-winning artist behind "Wasted Days and Wasted Nights" and "Before the Next Teardrop Falls" suffered a number of health problems recently, including diabetes, hep C, and lung cancer, and was discharged from San Antonio's University Hospital last Thursday after undergoing treatment for a blood infection. He was 69.

Fender was born Baldemar Huerta on June 4, 1937, to a family of migrant workers in the small Rio Grande Valley town of San Benito. He sang on Harlingen radio station KGBS at age 10, and at 16 left school for a three-year stint in the Marine Corps. Afterward, aspiring to become the first Chicano rock & roll star, he began composing Spanish lyrics to popular songs and became known around South Texas as El Bebop Kid. "No Seas Cruel," his version of Elvis Presley's "Don't Be Cruel," hit No. 1 in Mexico and South America.

"When you hear that voice, you knew who it was, even if you didn't know the guy," continues Meyers. "He was an icon."

Huerta adopted the name Freddy Fender, after his preferred make of guitar, in 1959, the same year he joined Fats Domino on Imperial Records. The next year Fender had a modest hit with "Wasted Days," which would become his signature song, but his career was temporarily derailed after an arrest for marijuana possession in Baton Rouge, La. He served three years of five, found scattered work in New Orleans nightclubs, and eventually returned to San Benito, where the lifelong motorcycle enthusiast worked as a mechanic and took sociology classes.

In 1974, Fender met notorious Gulf Coast producer Huey P. Meaux and recorded "Before the Next Teardrop Falls" in Houston. Meaux shopped the song to major labels, who declined, and released it on his Crazy Cajun label. It was a smash hit, topping Billboard's country and pop charts, and was named the No. 86 country song of all time in 2003. Fender then re-released "Wasted Days," which hit No. 1 country and No. 8 pop, and was named Billboard's Top Male Artist of 1975. Over the next two years, he charted six more songs in the country Top 10, including Barbara Lynn's "You'll Lose a Good Thing," Sahm's "The Rains Came," and Ivory Joe Hunter's "Since I Met You Baby," which Fender recut in Spanish on the soundtrack to John Sayles' 1996 film, Lone Star.

Fender's last charting single was 1983's "Chokin' Kind," which only reached No. 87. Not long after he appeared in Robert Redford's 1988 film The Milagro Beanfield War, Sahm recruited him to join the Texas Tornados. The Tex-Mex supergroup released five albums on Reprise between 1990 and 1996 and won a 1991 Best Mexican-American Performance Grammy for "Soy de San Luis." Alongside Sahm, Jimenez, Ruben Ramos, and many others, Fender appeared on 1998's Grammy-winning Los Super Seven LP and won his first solo Grammy for 2001's La Musica de Baldemar Huerta. He was inducted into the Tejano Music Hall of Fame in 1986 and both the Country Music Hall of Fame and Texas Music Hall of Fame in 1999.

Funeral and memorial plans are pending.

"He was fun to be with," remembers Meyers. "We'd just sit there and crack each other up all the time with jokes. There'll never be another voice like Freddy."