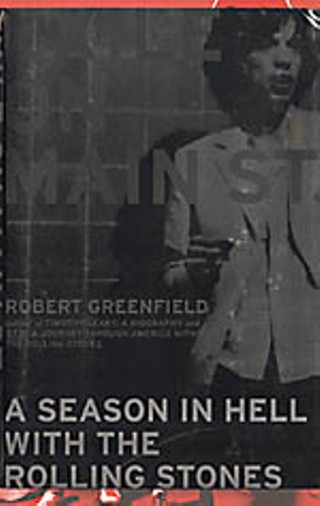 If Robert Greenfield's Exile on Main Street: A Season in Hell With the Rolling Stones were a batch of drugs at the Villa Nellcote in France during the summer of 1971, not even Keith Richards or Gram Parsons would have touched it. With little regard for the music itself, Greenfield creates the CliffsNotes version of the Stones' struggle to overcome addiction and internal strife to record their landmark double album. It opens with a hackneyed overview of the characters. "Keith Richards: He is our hero. He is our antihero ... our Jesus of Cool." Worse yet, "The Ghost: Played by Brian Jones, he walks the halls of Villa Nellcote in a long black veil. He visits the house when the hot winds wail." The rest of the book is merely a fluffed-out time line of events whose significance is often undermined by the author's unnecessary repetition, clichéd comparisons, and belittling use of aporia. It ends not with A Bigger Bang or even a whimper, but a plug for his other book, S.T.P.: A Journey Through America With the Rolling Stones, aka "Turd on the Run."