"Cheek to cheek" took on new meaning with Andrew Loog Oldham's vainglorious LP title for the anti-Mersey act with no hits. What could poor boys do? Texas ("Not Fade Away"), Louisiana ("I'm a King Bee"), Motown ("Can I Get a Witness"). They were mod, bad, and fabulous to know. And 8 months old. 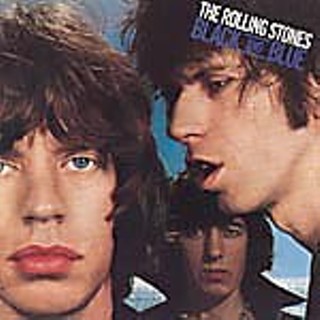 Ripping with cocky covers ("Confessin' the Blues," "Time Is on My Side"), blues-primed rock ("Grown Up Wrong"), and a notable misspelling ("Congradulations"), 12X5 strut down "2120 South Michigan Avenue" with an "Empty Heart" while making vinyl levitate from the turntable then and bursting with raucous enthusiasm on CD now.

The first in the "Some Girls" series ("Stupid…," "Backstreet…," "Factory…"), "Down Home Girl" met the granite braggadocio of "Heart of Stone" and gave testimony to their smoke-stained, pub-carved history. Check their Barbara Lynn cover ("Good Thing") against the Willie Dixon/Howlin' Wolf barnyard bravado of "Little Red Rooster." Who's your favorite cock?

Keith's dream-born fuzz-lead propelled Mick's loose-lipped lament to No. 1 in "Satisfaction." Smart lads, wise to the biz ("Under Assistant West Coast Promo Man") and sly boots all the way ("Play With Fire"). "The Spider and the Fly" was code for "lock up your daughters," "The Last Time" was the key. Aftermath cut the pattern of bluesy pub rock, and the Stones wore their first recording of all-original material like a black leather suit. Dressed to thrill, they dabbled in nascent psychedelia ("Paint It Black"), got meditative ("I Am Waiting"), and even baroque ("Lady Jane"). A seamless, contoured, textured fit. 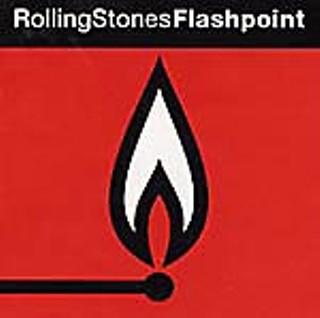 From the intro, "The fantastic, fabulous Rolling Stones!," the band's first live album bullet-trains through the past. "Under My Thumb," the jungle-beat of "Not Fade Away," and a wicked "Fortune Teller" set the Albert Hall stage for Jagger's pristine delivery. The only live album to feature Brian Jones.

Having stepped into the brave new world of all-original albums, the Stones swaggered a little harder on BTB ("Connection," "Miss Amanda Jones"), while skewing just as romantic ("My Obsession," "She Smiled Sweetly"). The wistful "Ruby Tuesday" and raunchy "Let's Spend the Night Together" proved a No. 1 double whammy at 45 rpm.

Satanic Majesties proved the Stones mirrored rock's trends without reflecting them at face value. Witness this once mulchy LP reissued to sonic perfection in 2002, riff-driven ("2000 Light Years From Home," "She's a Rainbow," "Citadel"), yet scorned as a poor man's Sgt. Pepper. TSMR is adventurous enough to excuse "Gomper" and the gawd-awful cover art.

Ron Wood's studio audition might be the darkest horse in the kick in the stall all night. 100 proof: the band's raw "Crazy Mama" on the '97 tour and Long Island's "Memorial Motel" on No Security. "Hand of Fate" still deals a blow, and "Fool to Cry" births side two, Tattoo You.

Some Girls' sophomore slump takes "Miss You" to the extreme on opener "Dance (PT.1)" and the title track, but humbuckers "Summer Romance" and "Let Me Go" bring the whips and chains down. Primo ragga ("Send It to Me") and unlikely hit ("She's So Cold") prep Richards icing Anita Pallenberg on closer "All About You."

The first six sirens, bookended by epic Parisian roilers "Undercover of the Night" and "Too Much Blood," can't stave off side two. "She Was Hot" counters the previous LP's "She So Cold," while Richards' Beatles-esque "Wanna Hold You" follows Tattoo You's "Little T&A" in the Patti Hansen pledge department.

The first Stones platter with a clear delineation between Mick and Keith songs. Jagger's "Blinded by Love" is one of the band's best country ballads, while Richards' answer to his own "Beast of Burden" – "Almost Hear You Sigh" – counters with feeling. Meeting point: revisiting Brian Jones' Pipes of Joujouka on the pounding "Continental Drift."

The Stones' two pivotal tours, '69/'89, siphoned off a pair of sonic dynamos. Here, definitive live rev-ups of "Start Me Up," "Miss You," and "You Can't Always Get What You Want" meet new Ya Ya's "Ruby Tuesday" and "Factory Girl." "Paint It Black," you devil, plus bonus studio protest "Highwire."

Voodoo Lounge was their ticket to the Nineties; Bridges to Babylon was the backstage pass. Killer riffs ("Flip the Switch"), sullied by the controversy of the unremarkable "Anybody Seen My Baby?," ricocheted off the murderous "Gunface." Mick and Keith go to confession on "Saint of Me" and "Thief in the Night" but never do penance.

Starbucks' bandwagon Bang may be the best-sequenced Stones comp since Hot Rocks. Only obscurities here, some common, but Steel Wheels B-side bloozers "Fancy Man Blues" and "Wish I'd Never Met You" pal up to live flipsides "Beast of Burden" (Still Life), "I Just Wanna Make Love to You" (Flashpoint), and The Sopranos' "Thru and Thru."