Till the Sun Turns Black (RCA) 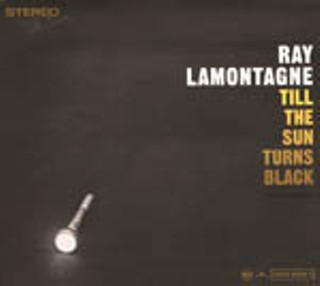 Till the Sun Turns Black (RCA)

Ray LaMontagne sings like a man who believes a song is worth more than 99 cents. His deep, instantly recognizable rasp carries the conviction and intensity of a man out of time. Yet while the sparse production of his 2004 debut, Trouble, so eloquently made its stand on the strength of LaMontagne's vocal timbre, Till the Sun Turns Black triumphs because its larger sonic footprint illustrates just how elastic and supple his voice really is. Delicately arranged strings, horns, and organ set the album's vintage R&B tone, and as the arrangements get more complex, so do the songs; gorgeous violins and cello make "Can I Stay" far more than just a salacious sleepover request, while the subtly bluesy "Barfly" and full-blown, hellhound-trailing "You Can Bring Me Flowers" sound like pages torn from the Nick Drake or Solomon Burke songbooks. There's nothing as instantly catchy here as Trouble's title track, but these are stickier songs: "Three More Days" becomes an anthem for any couple separated more than three days, and the exquisitely detailed infidelity of "Lesson Learned" cements its position on post-breakup mix discs for years to come. Track for track, these are songs with meaning, sung very well indeed. (Friday, 7:30pm, Heineken stage)